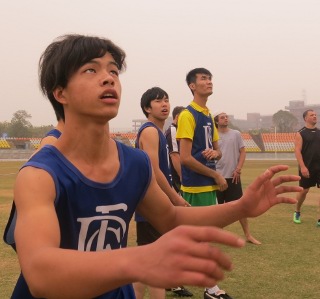 As mentioned in our opening piece on the future of Australian football in Asia, getting more locals involved is something that has largely escaped the game when compared with South Africa, Europe and the South Pacific.  Darrell Egan is one expat Australian who has found no such difficulty getting local Chinese involved in the sport and he has many thoughts on how to take footy forward - in fact it was Darrell's enthusiasm for change that prompted this series of articles.

First up we thought we should learn a little more about Darrell's background.

"I come from east of Melbourne and played football with the Heathmont Football club. From my teenage years throughput the 80's age of dealing with issues of bullying, racial issues friends of mine would cop and also my self being associated with them which did not effect my multiracial racial friendships. On a trip to Cloncurry in Queensland which my father took me at the age of sixteen I saw racism which nearly saw me in a blue with a redneck. These experiences taught me that comfortable "in crowds" can form with an exclusive and victimizing attitude and good mentoring for young people is important in society as these attitudes are generational.

"Later in life I went on to be involved in a leadership program with Indigenous youth seeing them play a completely traditional game of Marngrook at the Nicky Winmar Cup in 2002. This is the team we formed (see ABC article here).  This was a cultural and career revelation which saw more interest from me in football and education".

In 2010 Darrell went to live in Macau with his Chinese-Macau wife Fatima, who he'd met in Australia.  So how did that lead to teaching football to the locals?

"Fatima went back to teaching which is her qualification. We both share the values of good mentoring for young people. I got involved in English programs with some schools my wife had connection with in English and introduced Footy as a skills program with middle schools. This experience taught me what young people and their parents in Macau expect from sport and place in their child's activity priority and it is the same as what I am experiencing in China is that formal career oriented education is of top priority. Matching education and career with Footy for locals became my passion. I enjoyed teaching these young people. However Macau lacked space and along with receiving lack of engagement from the expat footy community there it lost legs.

"Another factor was that junior and middle school students attention was later turned and focused on study by their parents and footy was not a priority in this. In late 2011 my attention then was turned to Dongguan from friend Charlie whose father owned the Australia shop franchises in Macau and Hong Kong. Charlie grew up in Sydney and played some Rugby there was of great support along with a Macau neighbor of mine Francisco who has been a great source of advice and support.
"I am implementing an English speaking program and working to get engagement from the Guangzhou Scorpions whom are an expat team but have made great strides in getting some locals involved".
Pictured are the Scorpions and some of the players who played in the expat teams in the 2013 Australia Day event at the Guangzhou cricket ground.
Obviously Darrell feels that getting locals involved in Asia can be done, as he has demonstrated in founding the Dongguan Blues, so what has been the key so far in China?

"Engaging the age of 16 years up as this is the time the young person's mind is focused on making a decision on what their education and career will take. So secondary schools and Vocational Technical colleges are the best places.

"Create an informal and formal Football development education course that is locally accredited which young local participants playing the game can undertake. At present China has a 2 year Sports development course which has basketball and soccer sports skills as a components. We just need have this course with Australian rules football in it and I have gained interest from a Chinese education institution for this.
"From this course the participants can go to middle schools in their work coaching middle school students (12 to 15 years of age) in Footy as a activity curriculum and that school register its own junior club.
"This junior program will provide more future players for the senior school teams and give interested students an interest in a sports career.
"This will keep the young senior participant involved in the senior team in their town and employed. The biggest problem is retention as secondary students will move out of the town to go to university or in the case of university and colleges students will leave to find work in other cities.
"These participants can also undertake Club development education courses to become involved in creating more clubs at other senior schools and Vocational Colleges.
"Senior clubs can endeavor to enter into sister club relationships with state district clubs or AFL clubs in Australia to gain resources. Sponsors from Australia who want exposure in China or Chinese companies who want exposure in Australia.
"The Indian Tigers team have a club relationship with Richmond FC and this has been a positive move in developing with locals".

Darrell expressed concern that there was no structure to develop these processes in Asia.

"I think in Asia where education and career are important factors the program in which I outlined an engagement strategy is the way to go in education institutions starting as an English language program with Footy as the social speaking activity then steering this into Footy development education and the locals in this program to have a role in club and activity expansion.
"The expat teams whom have done a great job in pioneering the game in Asia and others whom are starting teams of locals need support for this as they are the ones on the ground who know the local conditions.
"This support is just not in terms of money but structural guidance and sponsorship facilitation and introduction which I feel the AFL need to do more in such a facilitation process. This is only facilitation and engagement and does not involve draining resources from the AFL".

In the next article in this series we discuss with Darrell Egan his ideas about setting up a body to develop the game further across Asia, possibly tying in with the Pacific successes so far. 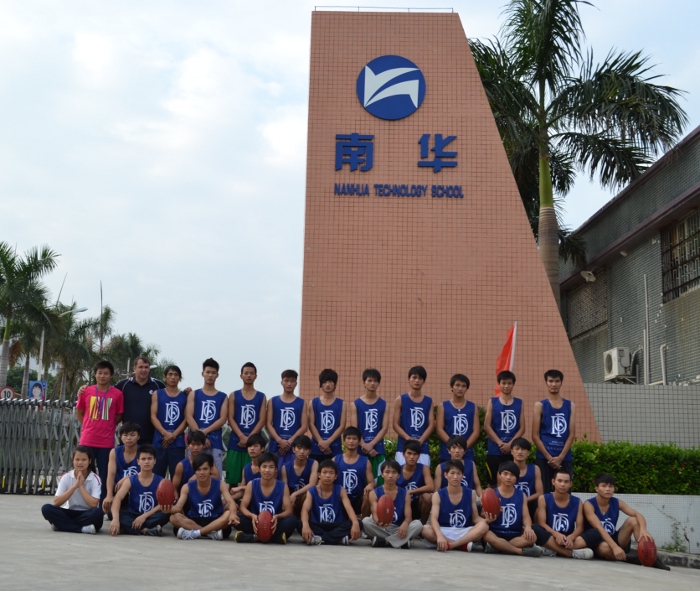 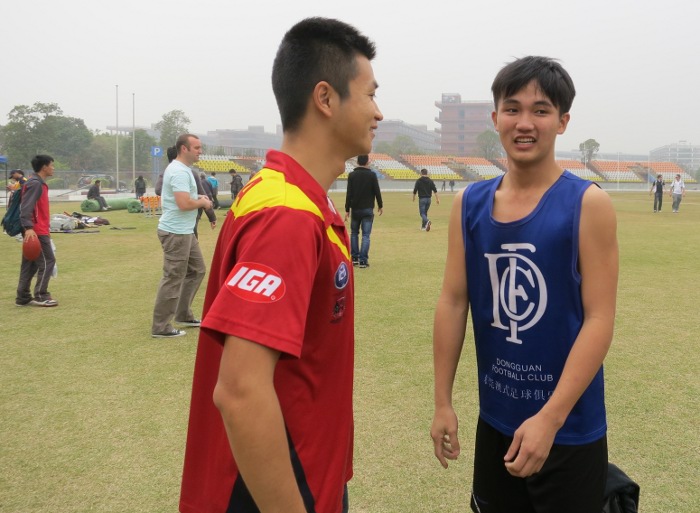 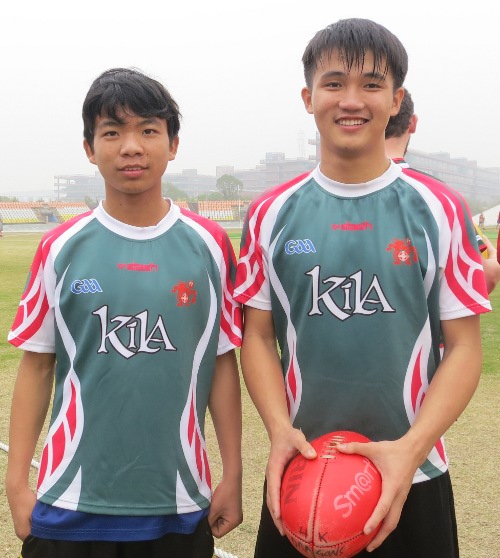 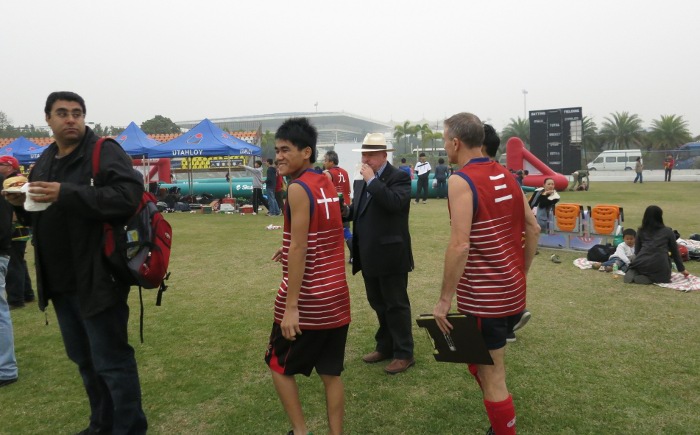