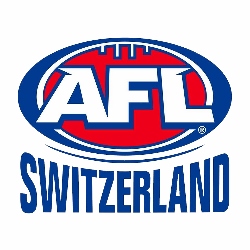 Across Europe, clubs, leagues and governing bodies are gradually preparing for football after the COVID-19 threat has eased sufficiently to consider resuming training and matches. The situation is different for each nation, and subsequently for the leagues and clubs in those nations, and AFL Switzerland has already announced its plans for a return to the playing fields.

In a message to all players, officials and teams across Switzerland, the national league has released the blueprint for the remainder of the 2020 season.

Initially conceding the round of matches (originally Round 2) on 9th May in Zurich, most of the remainder of the original season is intact. With a rider that things could change should the nations recovery from the disease be slowed, the league proposes the following.
20th June in Basel
4th July in Basel
22nd August in Geneva
5th September (Grand Final)

According to their message, "AFL Switzerland plans to add extra rounds where possible, in an effort to maximise playing time."

This is a positive step forward for AFL Switzerland, but also a statement of intent that may soon be followed by other leagues and teams across Europe depending on the progress of those countries in defeating COVID-19 and subject to the government directives of those countries.