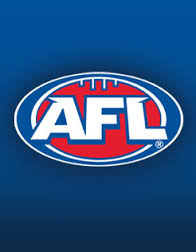 Discussions that have been raging already, and are now accelerating, regarding size of player lists, player payments and the impacts on rookie-listed players are the focus of Marc McGowan’s latest story on the www.afl.com.au[*1] website.

The issues being raised may yet have a huge impact on how clubs look at recruiting international players to their lists, with players from Ireland and the United States impacted as well as potential newer markets

CLUBS remain in the dark about where – or if – Category B rookies will fit into the potential new list structure from next year.

As AFL.com.au reported on Thursday, list and football bosses are generally accepting there will need to be reduced list sizes for 2021 but most are keen for a gradual rather than drastic cut.

It's understood club feedback on this topic ranged from as few as 34 players on a list up to 40, with 47 the maximum allowed now – outside of Gold Coast – including Category A and B rookies.

The Suns received special concessions last year to have up to 10 footballers on their rookie list and took 51 players into season 2020.

The majority of clubs are keen on a landing point between 38 and 40 next season but there is a belief the most speculated figure of 35 will happen at some stage.

The AFL would effectively be slashing the rookie list with this move and largely removing the enticement to develop rawer prospects.

Rookie wages are paid for under the soft cap, which faces being slashed from $9.7 million at the start of this year to just $6 million by 2021.

The rookie list has increasingly become a dumping ground for contracts and a platform to recycle players, with fewer fresh draftees taken there.

However, the Category B rule is designed for specific types, including international recruits, players who have not registered in an Australian Football competition for three years, or NSW or Queensland zone selections.

Next Generation Academy prospects can also be eligible for this.

The most common use is for Irishmen, who are playing in record numbers in the AFL, with Zach Tuohy, Conor McKenna and Mark O'Connor among the recent success stories.

Mike Pyke (Canada) and Mason Cox (United States) played in Grand Finals after being recruited this way, while Alex Keath returned to football from cricket and became a quality intercept defender.

To read the rest of Marc McGowan’s article, click the following link: https://www.afl.com.au/news/392102/will-category-b-rookies-survive-in-the-new-list-climate-[*2]