"From St Kilda To Detroit" 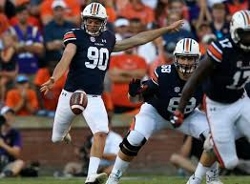 The following exerts from Riley Beveridge’s article on the http://www.afl.com.au[*1] website look at a fifth ex-AFL player, former Saint Arryn Siposs, making the transition to the NFL in the United States.

According to Beveridge, “Former St Kilda forward Arryn Siposs is on the verge of becoming the fifth ex-AFL player to realise his NFL dream, signing as an undrafted free agent to the Detroit Lions on Sunday morning.”
“Siposs was overlooked throughout the three-day NFL Draft, with only two punters selected in the entire seven rounds, but was among the first players to sign with a team as an undrafted free agent in the aftermath.”

“Siposs eventually earned his opportunity and will now look to join Darren Bennett, Ben Graham, Sav Rocca and Chris Bryan in playing at both AFL and NFL level.”

It is only a matter of time before elite North American athletes, possibly better than Mike Pyke and Mason Cox, find their way into Australian Football. The ongoing cross-pollination of players between the two elite codes will continue to raise the profile of Australian Football.

Twelve years ago, Mike Pyke was still playing Rugby Union for Canada. Mason Cox was still in college in Texas. Since then, both have played in AFL grand finals. Who knows what the AFL landscape might be twelve years from now. Wherever it is, the deeds of Siposs, Pyke and Cox will have played a part in the game’s evolution.