“Reports of my death are greatly exaggerated.” (Mark Twain) 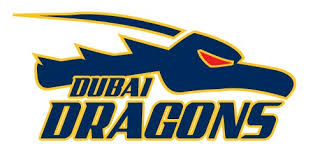 One of the most famous quotes of all time is a fitting response to the Dubai Dragons’ Preliminary Final win today over the Abu Dhabi Falcons. With the Dragons limping into third place at the end of the home and away rounds, the end of an era was widely predicted.

But finals are always very different beasts, and the Dragons defied the Falcon’s home ground advantage to win by 51 points.

The wind is certainly in the Dragons’ sails now, whilst the air has been knocked out of the Falcons’ for this season.

The Dragons started well, getting out to a two goal lead at the first break and a three goal advantage at the main break. The Falcons were right in the match at three-quarter time, trailing again by just two goals.

However, the final quarter was all Dragons. Drawing on talent, energy, experience and finals knowhow, they raced away to a 51-point victory.

AFL Middle East described the loss as a “hard pill to swallow” for the Abu Dhabi Falcons and it will sting across the off-season. For the Dragons, they now enter a sixth consecutive grand final against the Multiplex Bulls. They have won four of those, with the Bulls finally winning their maiden flag against the Dragons last season.

On form across the season, the Bulls have been by far the in-form team. Their hammering of the Dragons in Round 6 was a hefty exclamation mark. However, this is finals time and a re-energised Dragons outfit might still have a say.

As Mark Twain almost implied - the Dragons are not dead yet.