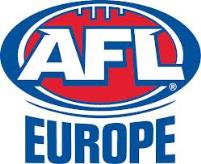 Not really a tourism slogan (though it COULD be), most of Europe will come to life over the next few weeks after a winter slumber for most leagues and teams. Whilst the French CNFA competition and the National Universities League have kept going over winter, more sleeping dragons are awakening.

Setting that tone, next weekend sees the inaugural Dragon Cup in Wales on February 29th. Hosted by the Cardiff Panthers, the tournament will also feature the West London Wildcats and other teams as the Panthers hope to build the cup into an annual event.

The same day, the North London Lions will play Cambridge University in a practice match. A week later the Lions will follow up with a clash against Birmingham University.

The weekend of 7th March sees two major tournaments – one in Ireland, the other in France. In Belfast, the Leprechaun Cup will highlight the talent from across Ireland as well as visiting teams from across the United Kingdom. At the same time, in Paris, the Gallia Cup tournament for women will take place, with women’s teams from across Europe arriving for the early title of best women’s club team.

The Geneva Jets from the rapidly developing AFL Switzerland competition will head across borders to take on the ALFA Lions in Lyon, France. The Jets are the current Swiss titleholders and an international match will be just the tonic for the season ahead. The match is on 14th March.

The weekend of 21st March will also see two big events. The Inferno Cup – between the Amsterdam Devils and the Wandsworth Demons from London will he played in Amsterdam as a practice match for both clubs ahead of a gruelling season. In Scotland, the annual Haggis Cup will be played in Edinburgh, again featuring largely Scottish teams but with visitors from elsewhere, to be announced soon.

On the weekend of 27th March, the Wimbledon Hawks will travel to Germany. The women’s team will go to Cologne to take on the Rhienland women’s team whilst the men’s team are off the Hamburg to tackle the reigning champions, the Hamburg Dockers.

All of this is ahead of the year’s first big tournament, the AFL Europe Champions League where the premiers in each European league are invited to see which is Europe’s best club team.

ANZAC Day will be remembered across all European leagues, but the annual ANZAC Cup between Australia and France will again be played at Villers-Bretonneaux on the battlefields of The Somme in northern France.

This is by no means a comprehensive list of all pre-season action, but it does highlight the smorgasbord of footy headed Europe’s way in coming weeks and months. Combined with the start of most league’s 2020 seasons, there is plenty of footy about to explode across Europe.