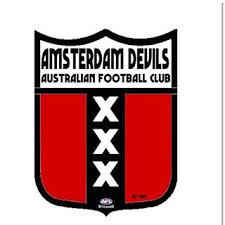 It has been a big day for the Amsterdam Devils, travelling from the Netherlands to participate in a series of friendlies against the Paris Cocks and Antony Blues at the home of the Blues, the Parc de Grenouillère, Antony. On the day, the Devils were far too good across all games for the French teams.

According to the Paris Cocks Facebook page, "A fantastic afternoon of footy yesterday at Antony!"

"Thank you to Amsterdam Devils and Antony Blues for your involvement, organisation, and spirit in what we hope will become an annual event."
The scores for the matches this weekend saw:

The Devils will now prepare for their next assignment - the Leprechaun Cup in Belfast on the 7th March. Following that match, the team will host the Wandsworth Demons from the AFL London league in the brilliantly named "Inferno Cup" on 21st March at the Sport De Eendracht in Amsterdam. 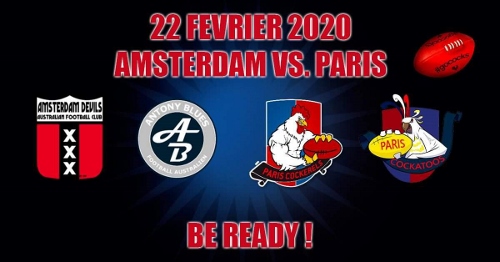