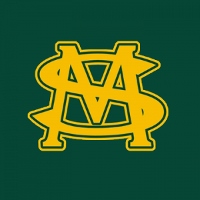 It is a forlorn hope for St Mary’s. Two games out of the top five and a poor percentage with just three games to play means that the Saints can’t reach the NTFL Premier League finals. There just aren’t enough miracles left to make it happen. However, they can raise merry hell over the final three rounds, and they started last weekend against the Darwin Buffaloes.

Snapping a four game losing streak, the incentive was there for the Saints. If finals aren’t going to happen, let’s make life difficult for those in the running. Their victory over the Buffaloes saw them come from behind at the main break and kick eleven goals to two in the second half to run out 37 point winners. The loss for the Buffaloes may not see them miss finals, but it will give them the shakes, knowing they are far from invincible.

Waratah won a danger game against Wanderers. Fighting for the Foundation Cup, Waratah could not afford an upset loss. But they had to fight off a dangerous Wanderers. Waratah led by just two points at quarter-time, but Wanderers went into the sheds three points up at the main break. Scores were level at the final change and it was Waratah that settled enough, kicking the only goal of the last quarter, to win by nine points and strengthen their own finals chances.

The Tiwi Bombers produced a massive upset, downing the Nightcliff Tigers away from home. Like the Waratah/Wanderers game, next to nothing separated the teams all day. The Tigers led by one point at the first break but scores were level by half time. The Bombers got some momentum in the third quarter to open up an 11 point lead at the final change before holding off a charging Tiger outfit in a thrilling finish for a one point win. It was a huge result for the Bombers, not only have they beaten the top two teams on foreign soil in consecutive weeks, they have also set up a finals tilt with winnable games across the remaining three rounds.

In the final game of the Australia Day long weekend, the Southern Districts Crocs comfortably dispatched the Palmerston Magpies by nine goals. It was a shattering loss for the Magpies, putting them now a game and a big percentage out of the top five. Their clash against top team, Nightcliff, next round will be like a final for them – a loss could be catastrophic.

The round will feature the Tigers v Magpies clash as the third part of the TIO Stadium triple-header. Waratah will meet the Tiwi Bombers in a huge match for both teams, followed by Wanderers up against an angry herd of Buffaloes. On Sunday, Southern Districts will host St Mary’s.