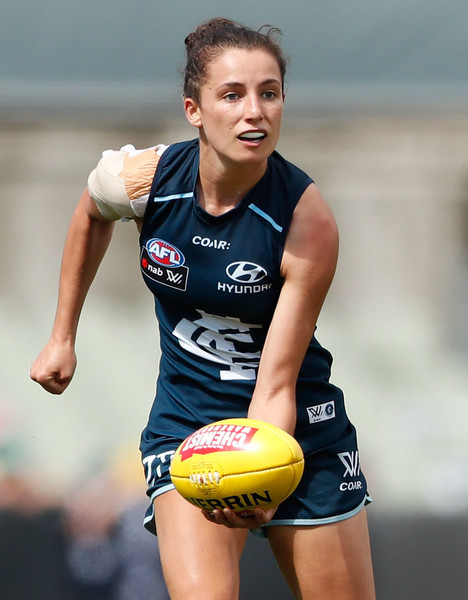 Gab Pound has called Carlton home since 2017 when she made her debut in Round 1 against Collingwood.

“You couldn’t describe it, it was just an insane feeling it was very surreal and emotional,” Pound said. “I’m getting emotional thinking about it right now.”

“It was amazing to not only play AFL but women’s sport I think, we were given a massive platform and people were interested in it. A filled up Ikon Park and we never expected that so pretty insane to get that amount of people coming and watching. It was a magical night and yes it was pretty insane.”

“I have some really fond memories about playing Auskick,” Pound said. "My Dad and Mum taking me to footy. I was quite a sporty kid, so I played a variety of sports basketball, tennis, soccer, netball so a fair few sports. Then I kind of found out that girls play footy as well and that was in the open age.I also found out that there was an under 18 competition, so I went down to Wagga. Played in the under 18’s national competition and moved to Melbourne after and played for Melbourne University for about 4-5 years.”

When Pound was at Melbourne University Football Club, she played with Emma Kearney and Kaitlyn Ashmore and learned a lot from them.

“Yeah it was great to kind of gel with them and to learn from Kearney especially, she’s got a really unique style to play," Pound said. "She is a very smart, in and under player and she was a great leader as well and a good friend, I still catch up with her and yes it was really cool to learn from her.”

Pound is half Sri Lankan through her Dad. “We’ve been here for a very long time now and Dad was a baby when he came to Australia,” Pound said. As well as footy, Pound is very much into her cricket due to the huge influence of her Dad. She played cricket for a season.

“Dad loved it and I would ride down to training with him, which was fun. Yes Dad absolutely loves it, It’s always on TV and its pretty funny. Going for Sri Lanka at the moment against Australia.”

Pound’s Dad has also been the person who has influenced her football and sporting career the most.

“He was a pretty good footballer back in the day, he didn’t make AFL level he just played VFL back in the day,” Pound said. “He is just very passionate about sport in general, mostly cricket and football. So I think him being a very strong Sri Lankan and wanted to connect with the community down here and he’s loved it all his life. He’s really positive and always talks to me about footy and just giving me little pointers and everything. He make’s every game when he can. He has just been a very positive influence in how I play and in what I do.”

Also her Dad provided her with some good advice when was a child that she still goes by today.

“I would say to do what you love,” Pound said. “I mean we always had that barrier being female. Dad always encouraged me to whatever I wanted. Even if it was a male dominated sport like cricket that I played for a season and pretty much to do whatever you want, so don’t get held up with societal norms.”

For Pound, her number one priority is her football and this is why she is thinking about working towards a profession that will work well with being a footballer.

“Thinking about doing Outdoor Education stuff, so whether that will be getting a Bachelor at Latrobe or getting a Certificate 4 in at TAFE,” Pound said. “So yes definitely looking towards that.”

Heading into the 2019 AFLW season, Carlton will have a new head coach in Daniel Harford. Since Harford has been at the club he has already changed the vibe within the club, as he is very approachable with the players.

"I think everything went wrong for us maybe last year,” Pound said.

“I feel like this year is very positive and there’s lots of great energy amongst us. Everyone is really have a good time and working really hard as well. I think we are connecting well with each other. Entrusting the structure and the game plan, I think once that happens it will you know falls into place. We can really go from there.” 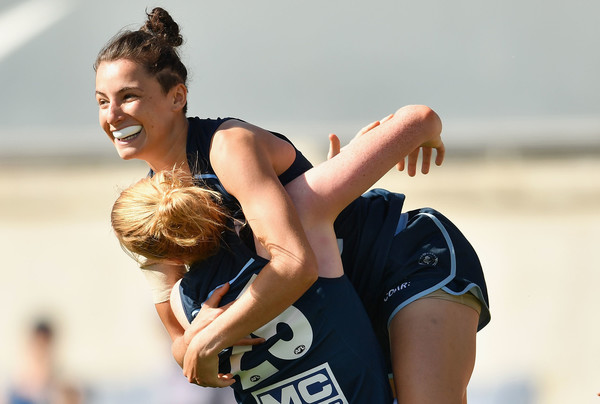