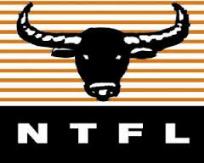 AFLNT [on Wednesday] released the TIO NTFL Premier League fixture and gate prices for the 2016/17 TIO NTFL Season, which will kick off on Saturday October 8.

AFLNT Chief Executive Officer Michael Solomon and AFLNT Football Operations Manager Joel Bowden released the fixture today, confirming matches are likely to be played away from TIO Stadium for the first two rounds due to the ground undergoing surface work.

The TIO NTFL Premier League will again be played across an 18-round format with all clubs to play five home matches throughout the season.
The NTFL will observe Heritage Round during Round 15 with the Waratah Football Club and the Wanderers celebrating 100 years of football in their annual Australia Day match.

The 75th Anniversary of the Bombing of Darwin will be commemorated in Round 18 of the TIO NTFL season.

There will be six themed rounds including:

The Grand Final replay between the St Mary’s Football Club and the Wanderers Football Club will be played during Round Seven in a Saturday afternoon match at TIO Stadium.

Solomon said the fixture was constructed with the primary aim to enable those in the Top End to access the game in strong numbers, as well as to continue to build the NTFL as the number one code in the Territory.

“We are pleased to release the fixture today after consulting with each club and look forward to the start of the 2016/17 TIO NTFL season.

“Despite TIO Stadium’s likely unavailability at the beginning of the season, we have ensured the ground is in top condition so we can give clubs the best possible surface to compete,” Solomon said.

This season, there will be three matches played on Friday nights and one Thursday match on Australia Day.

Solomon said Bowden, as the AFLNT executive responsible for the production of the fixture, had worked with varying timeslots and match placements to best reflect the differing needs of fans in various parts of the Top End.

“We have sought to work extensively with the respective clubs in the NTFL for the best timeslots for clubs and fans in Darwin,” Bowden said.

“A key consideration in the construction of this year’s fixture was accommodating centenary celebrations while allowing NTFL clubs multiple opportunities to have input into the final outcome."

Bowden said AFLNT had consulted with NTFL clubs throughout every step of the process and had tried their best to be inclusive and fair.

"The fixture has many constraints and equity around the fixture is a key priority," Bowden said.

The Women’s Premier League and junior grades fixtures will be released in the coming weeks.