Power To Be Turned On In Cairns 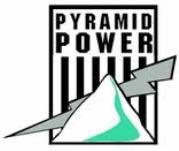 In one of the biggest expansion moves in Cairns for many years, fledgling junior club Pyramid Power may be about the get the green light to field a reserve grade team in the 2016 senior AFL Cairns competition.

A public meeting will be held in the sugar town of Gordonvale, 25 kilometres south of Cairns, to float the idea to the local community and hopefully convince the powers that be at AFL Cairns that the idea will have the necessary support. Pyramid Power President, Brett Kennerley, has stated that the plan has been in place for four years to field a team at senior level but many road blocks have prevented the move to date.

Should the move succeed and the new team take the field in 2016, the next step will be a full senior body for AFL Cairns by 2018, giving the league eight teams. The league in now in total support of the idea, provided local support is evident.
The past twelve months has been difficult for the Far North Queensland league. The Manunda Hawks were suspended in both senior and reserve grades for the 2015 season after inappropriate actions were taken within sections of the club with regard to social media issues and subsequent incidents. Not only did this lead to the club being decimated by departing players, the league also took a significant PR hit.

The North Cairns Tigers had also been weakened by a player drain at senior level, and another exodus of juniors to the Cape York Eagles juniors. This impacted heavily in 2015, leading to a decline in competitive teams and opening the door for a revitalised league for 2016 – and for Pyramid Power to join the big league.

The Pyramid Power club began in 2005 and has won four junior flags and contested nine grand finals. But the fact that they were a junior only club saw players leave the club, or the game altogether, once they left Colts age (effectively Under 18’s). With reserve grade team now a strong possibility the local youth will have a more defined pathway for football careers, not having to leave the club to graduate to a senior level. The club has also tapped into communities south of Cairns, and local boarding schools, to bring a whole new market to the AFL Cairns scene.

Back in the 1950’s the region was served by the highly successful Babinda Magpies and the Centrals Aloomba Bulldogs. Both clubs dominated the senior and reserve grade premierships across the 1960’s and 1970’s. But by the 1980’s both clubs had gone, leaving a void in the southern areas of the Cairns/Gordonvale/Innisfail region. Legends of the early Australian Football days in Cairns such as Howard Kennedy Senior, Jack Holt and Des Trannore got the game going in the region but things changed. The modern day Pyramid Power have worked gradually towards a rebirth of those great days, and tomorrow’s meeting might be the historic rebirth of a senior body in the districts again.

Pyramid Power’s jumpers still include the black and white stripes of the Babinda Magpies in a more stylised jumper design.

Should the meeting deliver a positive verdict, this will be a very significant shift in the makeup of the AFL Cairns competition and a sure sign that the much sought after growth of the game is in fact happening, and Pyramid Power are right at the cutting edge of that change.