AFL Clubs a step closer to matches in China

Melbourne daily newspaper the Herald Sun[*1] today reported that Melbourne AFL clubs could play annual exhibition matches in Beijing, Shanghai or Tianjin in a further development of the deal between the Melbourne City Council, the City of Tianjin and the Melbourne Football Club. As reported in an earlier story on WFN[*2] , the sister cities Melbourne and Tianjin had been discussing the possibility since late last year, a football "ambassador" having been recently appointed to train junior footballers in Tianjin[*3] . With AU$450,000 proposed over 3 years, this could be a massive boost to internationalising Aussie Rules.

The original text of the Herald Sun article follows:


MELBOURNE footy teams are set to play annual exhibition matches in China while Chinese children will be taught Aussie rules at Auskick-style clinics.

Melbourne City Council is poised to commit $450,000 over three years to develop footy in China in partnership with Melbourne Football Club. Melbourne and various other AFL teams will play exhibition matches in either Beijing, Shanghai or Tianjin once a year if the plan goes ahead.

Introductory clinics will be run in Tianjin, Melbourne's sister city, with AFL players teaching Chinese children how to play footy.

The program, to start in October, is called the Wei-G'Day China Project. Wei means hello in Mandarin. 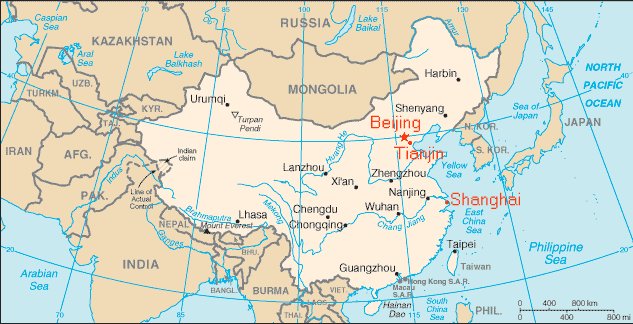