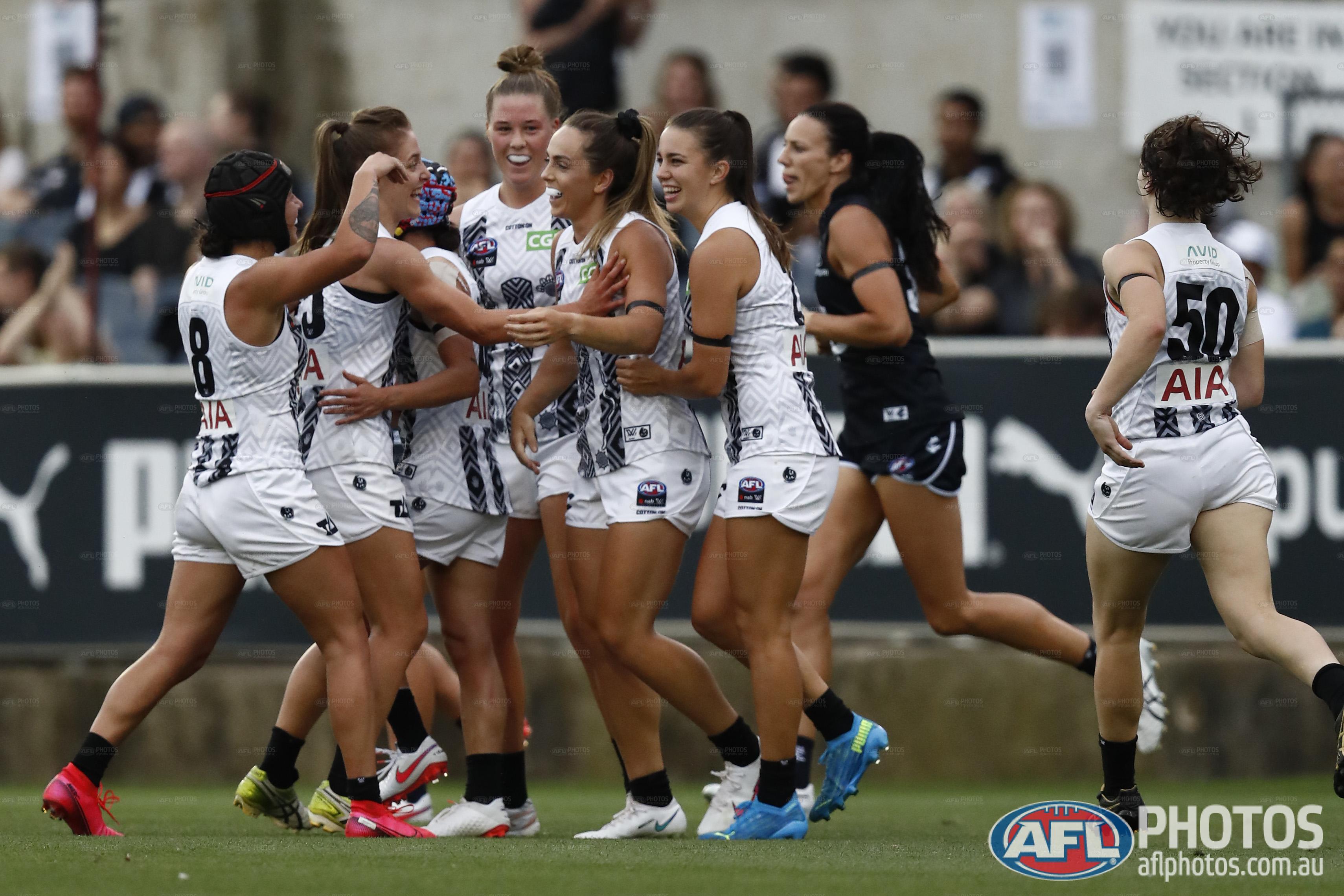 Before the match, both teams took part in a minute of silence to remember GWS Giants player Jacinda Barclay who sadly passed away in October last year.

For the first time since March last year, fans were in the stands cheering their teams on and it was a great sight to see. Tonight's match was the first ever AFLW ticketed match.

Neither of the teams were able to score a goal in the first quarter, but that did not faze the Pies as they came out with a four goal second quarter and the win for the Pies was set up in this quarter.

The Pies hard running brand of footy was on show and it was a great spectacle.

Chloe Molloy had an unbelievable second quarter and at the first break she had 10 disposals and two goals. Brianna Davey also popped up to nail through her first goal in her first match over her old team. The Pies led by 26-points at the main break.

Vaomua Laloifi was the shining light for the Blues in the opening half.

Blues came out breathing fire in the third quarter with three goals via Nic Stevens, Darcy Vescio and Jess Hosking.

Stevens scored the first goal of the match for the Blues and the Blues were starting to get reward for effort.

Blues goalsneak Vescio slotted through a goal and it brought up her 29th overall goal in the AFLW competition, equal with Brisbane Lions' Jess Wuetschner.

Towards the middle to end of the third term, AFLW best and fairest Maddi Prespakis started to make her impact felt and she set up teammate Hosking for a goal after putting her body on the line.

Prespakis led the way through the middle along with Abbie McKay and Grace Egan who were pivotal in Carlton's comeback in the match.

Veteran Jaimee Lambert was brilliant, as she kicked cleverly in the path of Aishling Sheridan who was able to run on and nail through a steading goal for the Pies. The Pies led by 13-points at three quarter time.

The final quarter was incredibly tight with neither team able to score a goal for six minutes. Blues came hard at the Pies in the last half scoring four of the last five goals, but the Pies were let off the hook scraping through with the hard fought victory.

It was a entertaining match to start the 2021 AFLW season and it shows us that the Pies under new coach Steve Symonds will be no easy beat this year.

Unfortunately, for the Pies Aleisha Newman was reported for her dangerous sling tackle on Laloifi in the final term.

Collingwood have now won their first season opener against Carlton and will host the Gold Coast Suns on Saturday afternoon at Victoria Park at 3:10pm. Carlton will come up against the Western Bulldogs on Friday night at Victoria University Whitten Oval at 7:45pm, as they look to secure their first victory of the 2021 AFLW season.