Jezza's 1970 Mark Of The Year Recreated

Michael Gallus is known to many people in the footy world as the founder of the Footys4all Foundation in Australia, an organisation in Australia that distributes donated sporting equipment to kids in need the world over. He is also an ardent Carlton supporter.

Recently, he took on the challenge of putting out the rubbish by dressing his wheelie bin as Graeme "Jerker" Jenkin, the Collingwood ruckman used by Alex Jesaulenko to take the "Mark of the Year" in the 1970 VFL Grand Final. Here is his attempt to recreate a part of footy folklore.

The invitation exists for anyone out there who had done some footy-themed videoing for fun and entertainment to send a clip to the World Footy Facebook page at: https://www.facebook.com/groups/5197533739/

Below is the original mark captured by Channel 7 back in 1970 as well as some still shots of Michael in full "Jezza" mode. 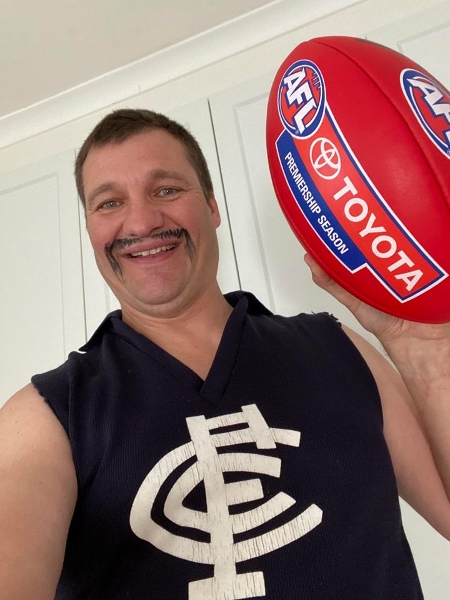 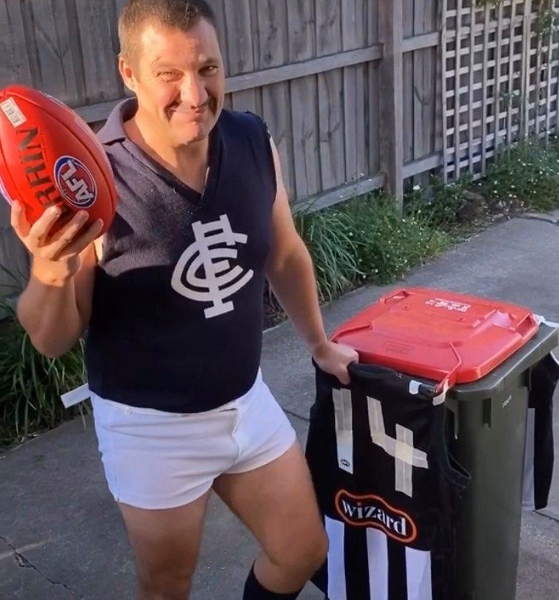 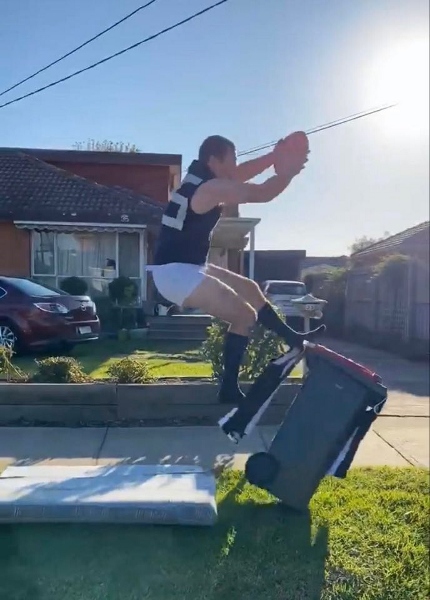