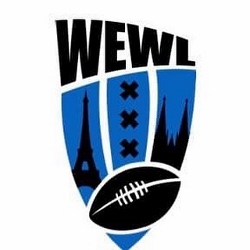 The first leg of Europe’s newest competition, the Western European Australian Football Women’s League (WEWL) was played last weekend with the French Gallia Cup incorporated into the competition and marking the starting point.

The Gallia Cup in its own right commenced in 2019, bringing together an invitation for women’s teams across Europe to play in the premier women’s competition. Designed initially for French women “to put the spotlight on women’s football in France”, last year’s incarnation would see teams from Switzerland, Netherlands, Germany and France unite.

For the 2020 football calendar, the Gallia Cup was re-branded, in a sense, to be the first of three rounds of the WEWL. The remaining tournament dates will see the teams meet in Cologne, Germany, hosted by the Rheinland Lions on May 16th and a final round to be played in Amsterdam, Netherlands on June 20th.

The tournament is detailed on the WEWL Facebook page. “We are excited to be the newest league in Europe, representing the growth of Women’s Australian Football across the continent.”

“The league will be launched this year between the three women’s teams: Amsterdam Devils, Paris Cockerelles and Rheinland Lions [Cologne] with Round 1 being the Gallia Cup on the 7th March in Paris.”

“The aim of the league is to give more competitive game opportunities for the 3 teams, promote the sport for women in the region, strengthen the ties between the countries involved and hopefully in the future we can grow to involve more clubs. Together we are stronger!”

The Paris Cockerelles French women’s team took the title for 2020.