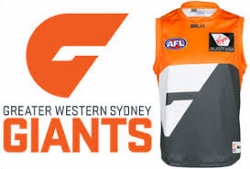 In a statement today from the Essendon Football Club’s Chief Executive, Xavier Campbell, the strongest sign yet was given that the club and the Greater Western Sydney Giants (GWS) would head to the USA.

According to a member release, “we are exploring, in partnership with the Greater Western Sydney Giants, the opportunity to showcase the game of AFL for premiership points in the United States, more specifically in the San Francisco or Los Angeles areas at some point over the next 24 months.”

“Plans and discussions are very much in their infancy, but talks have revolved around the relocation of a GWS home game, with the opportunity to position the match as one of the early marquee games of the premiership season.”

“We believe this has the potential to present a compelling and unique opportunity to create a significant TV spectacle, while also exposing and unlocking the game of AFL, and the Bombers’ and GWS’ brands to California – the world’s fifth largest economy in its own right. Regardless of where the exploration of this project gets to, we believe this sort of thinking is essential to ensure we remain progressive and relevant, at the forefront of creating performance and commercial advantage.”

Clearly, the two clubs and the AFL have travelled much further down the road of a USA-based match since our last story Sheedy’s Californian Dreamin’. Whilst the game, and even the clubs, are not yet locked in, today’s announcement certainly suggests that a definite statement from the clubs involved and the AFL is not far away.