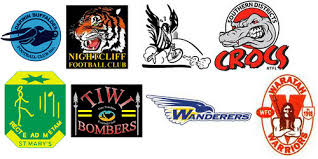 St Mary’s and the Southern Districts Crocs were the big winners in the NTFL Premier League last weekend, with both advancing to the second weekend of the finals series in emphatic fashion.

Sadly, the Darwin Buffaloes had their season curtailed, losing their Elimination Final. The Tiwi Bombers lost their Qualifying Final, but live again into next weekend by virtue of their double chance for finishing the home and away season in third place.

Spurred on by a four-goal haul to former Blue and Demon, Jeff Garlett, the Crocs were too good for the Buffaloes. A four goal to none opening term set the scene, with the Crocs winning each quarter on their way to a 71-point win.

The Buffaloes just could not get rhythm and struggled to score goals, kicking just five for the match. They now head into another off-season planning to build on their successes this season whilst searching for more avenues to goal. This season they had the third worst attack in the league, so work can be done there.

In the later game at TIO Stadium, St Mary’s were too good for the Tiwi Bombers. The Saints kicked four goal to one in the opening term to open up a handy break, however the Bombers kept chipping away to train by just 13 points at the final change. St Mary’s rallied in the final term to halt the Bombers’ challenge and record a 31-point win.

This sets up two fascinating clashes for next weekend. The Southern Districts Crocs will meet th Tiwi Bombers in the sudden death first semi-final. The second semi-final will see the powerhouse Nightcliff Tigers, fresh from a week’s break, taking on St Mary’s with the winner going straight into the Grand Final.

In the Women’s Premier League, Pint and the Darwin Buffettes won their elimination finals to end the seasons for both the Palmerston Magpies and Nightcliff Tigers. Southern Districts defeated Waratah in the Qualifying Final.

Next weekend will see the Crocs clash with the Darwin Buffettes in Semi-Final 1. The other Semi-Final will see Waratah take on Pint.