Finalists Locked In For NTFL 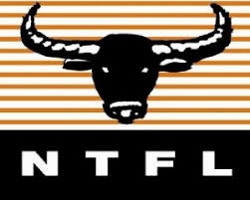 With just a round left in the NTFL Premier League season, the finalists are already decided. Sadly, the wooden spoon is also decided. Battles rage in next weekend’s final round to see which club –Tiwi Bombers, Southern Districts Crocs or Darwin Buffaloes – will snare the double chance and third place.

Regardless of results, Palmerston Magpies will finish as wooden spooners. They sit two games adrift of second last team, Wanderers. Waratah will finish in sixth place after a disappointing season by their standards.

The fascinating battle is the finishing order within the top five. The Nightcliff Tigers and St Mary’s are locked for first and second place regardless of Round 18 results.

From there, a few permutations appear. Should the Darwin Buffaloes win, they will finish third. However, that means defeating the in-form St Mary’s. A loss could see the Buffaloes slide.

The Tiwi Bombers face Wanderers in a match they SHOULD win. If they do, and Buffaloes lose, then they will take third place.

The wildcard is Southern Districts. Due to their drawn match against Wanderers earlier in the season, Crocs would jump to third if both the Buffaloes and Bombers lose their matches and Crocs down Waratah.

It means that three of the four matches in the final round can impact the finals makeup. It promises to be a fascinating round.

Last weekend, the Bombers lost their second match in a row to St Mary’s to stumble just prior to the finals. The Darwin Buffaloes downed waratah by 54 points, Nightcliff comfortably defeated Wanderers by 58 points and Southern Districts dispatched the Palmerston Magpies by 72 points.