Round 1 AFLW Wrap Up: 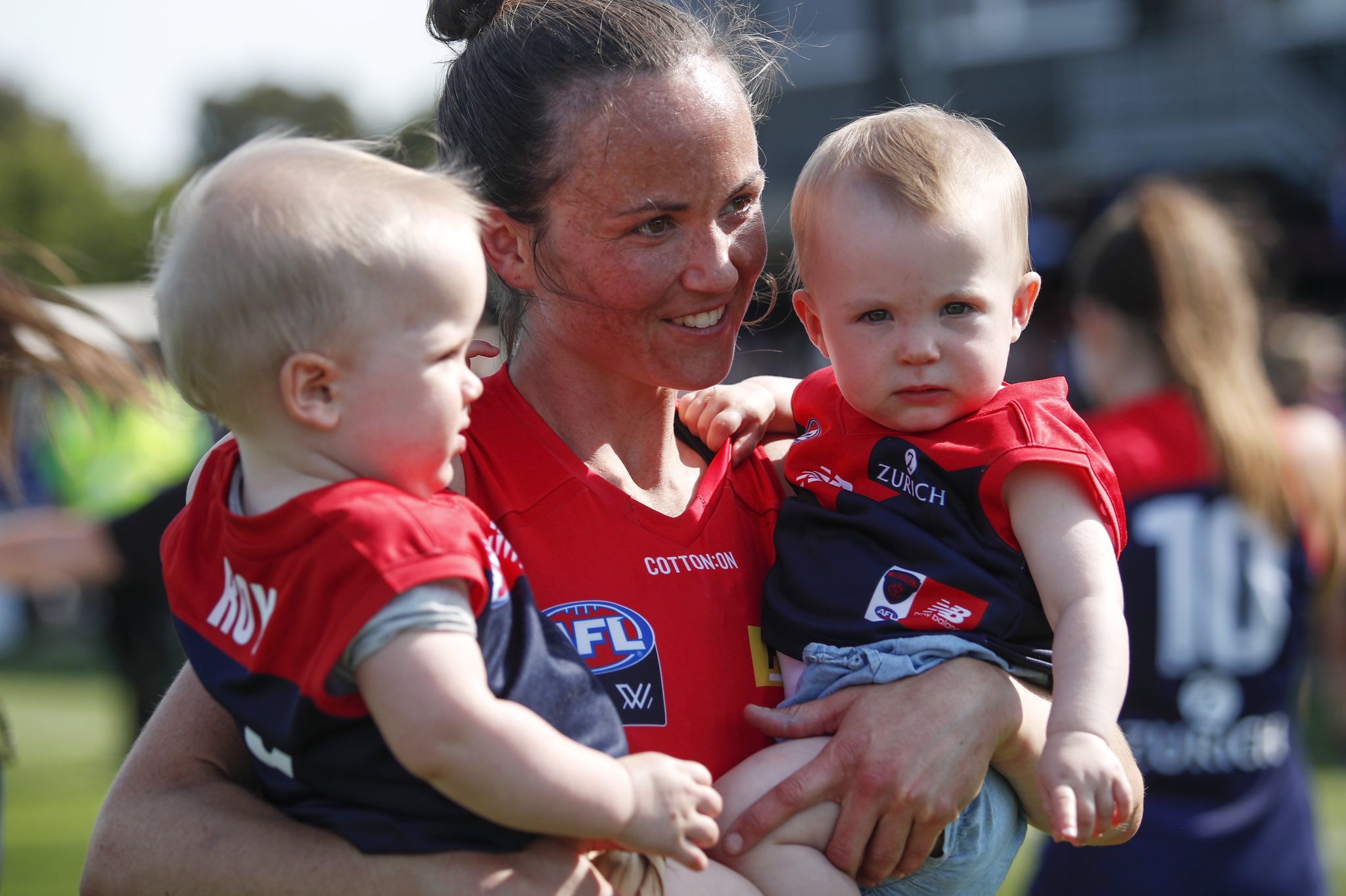 What an exciting start to the AFLW season, round 1 was.

It had everything from big names returning, upsets, injuries to star players and the introduction of four new expansion teams.

In the season opener, the Blues got their season off to the perfect start knocking off the new kids on the block, Richmond by 34-points at Ikon Park. The blockbuster match was in front of 15,337 fans. It was not a nice welcome from the Blues to the Tigers, as they did not allow them to gain any momentum in the contest. Goalkicking from the Blues was poor in the first half and they improved this in the second half. They came out firing in the third quarter booting through four goals courtesy of goal sneak Darcy Vescio, Brooke Walker, Tayla Harris and Maddy Prespakis. Tigers fans had something to cheer about in the final term with their side winning the quarter and a history making first AFLW goal from star recruit Sabrina Frederick-Traub and then a second from Courtney Wakefield. Next week, the Tigers will play against fellow newcomers Gold Coast Suns in a Saturday twilight match at Metricon Stadium. Carlton will face Collingwood on Sunday afternoon at Ikon Park.

GWS Giants got over the line in torrential rain at Blacktown International Sportspark by one point over new AFLW team Gold Coast Suns on Saturday, in front of 1,540 fans. It was a historic moment for the Gold Coast Suns at the sixth minute mark of the opening quarter, as Brittany Perry nailed through the clubs first ever AFLW goal. The goal would be the Suns only goal of the match, in a match where goals were hard to come by. For the Giants, there only major of the match came in the third term via Aimee Schmidt at the 11th minute mark and it would be the eventual winning goal that allowed them to sneak past the Suns by a point. GWS Giants will face North Melbourne next week on Saturday afternoon and Gold Coast Suns will play a Saturday twilight match against Richmond at Metricon Stadium.

The Dees defeated premiership favourites North Melbourne narrowly by two points, in front of 3,500 fans, at Casey Fields. It was great to see a fan favourite and star of our competition, Daisy Pearce return after 693 days and having twins. Both teams were evenly matched for the whole match with North Melbourne owning the first half and the Dees taking charge in the second half. Kaitlin Ashmore kicked the opening goal of the match followed by a North Melbourne second major via Daisy Bateman. The Dees were held scoreless in the first term. In the second quarter, the Dees scored two goals via Kate Hore. The second half turned into a tight affair with neither team able to gain any momentum. North Melbourne kicked the only major of the third term courtesy of Ash Riddell and in the final term some class from Eden Zanker gifted the Dees their third goal. Zanker’s goal ended up being the match winner, as Melbourne caused a massive upset. In next week’s matches, Melbourne will play against fellow undefeated side Western Bulldogs at Victoria University Whitten Oval on Friday night. North Melbourne will try and get onto the winners list against GWS Giants on Saturday afternoon at the University of Tasmania Stadium.

The young Brisbane Lions caused an upset victory over the reigning premiers, the Adelaide Crows by 13-points at Hickey Park. Lions perfect round one record continues. Crows Anne Hatchard was the player of the match, as she broke the AFLW disposal record with 34 disposals, 18 kicks and nine marks. Next week, Adelaide will play the Saints at Hisense Stadium to conclude round 2. Early Sunday afternoon, the Brisbane Lions will play away against the Cats at GMHBA Stadium.

Pies toppled the Eagles by a whopping 27-points at Victoria Park. The round 1 win is the first ever for the Pies in their AFLW history. For the Eagles they came out strong in the opening term and were able to score their first goal in the AFLW from the boot off their vice-captain Dana Hooker, but from quarter time onwards it was all the Pies scoring next five goals in the match. Prize Pies recruit Brianna Davey came off second best in the contest and looks to have injured her shin, she will have scans during the week. The Pies will next week play against old rivals Carlton on Sunday afternoon at Ikon Park. Also, the Eagles will play in their first ever women’s derby match on Saturday night against the Dockers at Optus Stadium.

Fremantle Dockers pulled off a classy 10-point victory over Geelong at Fremantle Oval. It was the Sabreena Duffy show in the forward line for the Dockers with her scoring four goals. The best match was left till last in the opening round with lots of ebbs and flows throughout. Nothing much separated the two teams from the first half with both teams kicking three goals each and the Dockers held a narrow one-point lead at the main break. A highlight of the second came from 18-year-old, Roxy Roux, who kicked a ripper of a goal to bring up her first ever AFLW goal with six minutes left quarter It was a scrappy start to the second half with a goal apiece kicked by each of the teams. Nina Morrison, on return from injury kicked a goal for the Cats in the third term. The Dockers put their foot down in the final quarter nailing through two goals with the majority of their possession spent in their forward half of the ground and they kept the Cats scoreless. A pleasing victory by the Dockers, but unfortunately Steph Cain has injured her left knee with a suspected ACL. The Dockers will play against the Eagles next week on Saturday night at Optus Stadium. Also, the Cats will host the Lions on Sunday afternoon from GMHBA Stadium.