American Marshall starts AFLW career with a win for the Dogs 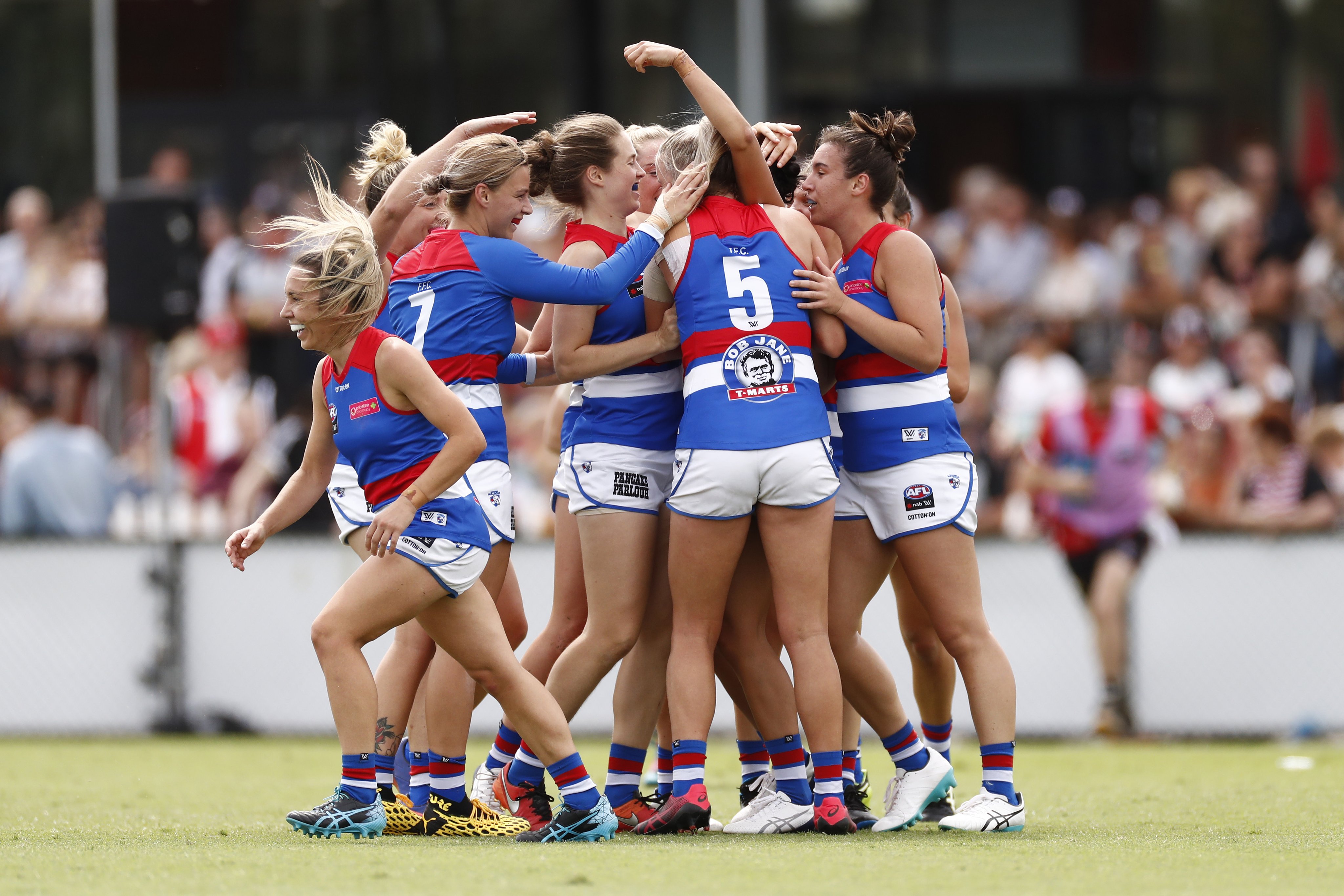 Western Bulldogs outclassed newcomers St Kilda by 25-points at RSEA Park, in front of a full capacity crowd of 8,000 for the first time at the Saints home ground.

American Dani Marshall made her AFLW debut and it was a historic one, she became the first American woman to play in an AFLW match.

Marshall's first game was memorable, as she slotted through her maiden goal along with seven disposals, four tackles and four kicks.

Western Bulldogs jumped out of the blocks in the first quarter with four goals to the Saints one.

Marshall kicked her first ever AFLW goal in the opening term within minutes after she came onto the ground and her teammates got around her in what was a great moment for our sport in terms of International signings.

To end the term, Aisling McCarthy popped up to nail through the Dogs fourth goal.

The second term was tighter with only one goal being scored via the Dogs’ Bailey Hunt.

Western Bulldogs held a 25-point advantage at the main break.

Neither team were able to score a goal in the third quarter with only a behind kicked by the Dogs.

Western Bulldogs were up by 26-points at three quarter time.

In the final term, both teams scored a goal apiece.

Kirsty Lamb opened the goal scoring at the ninth minute mark to take a 32-point lead.

About three minutes later, Jessica Sedunary put through the Saints second major and the last of the day.

Western Bulldogs kicked their season off on the right note and next week they will face off against another undefeated side in Melbourne on Friday night at Victoria University Whitten Oval.