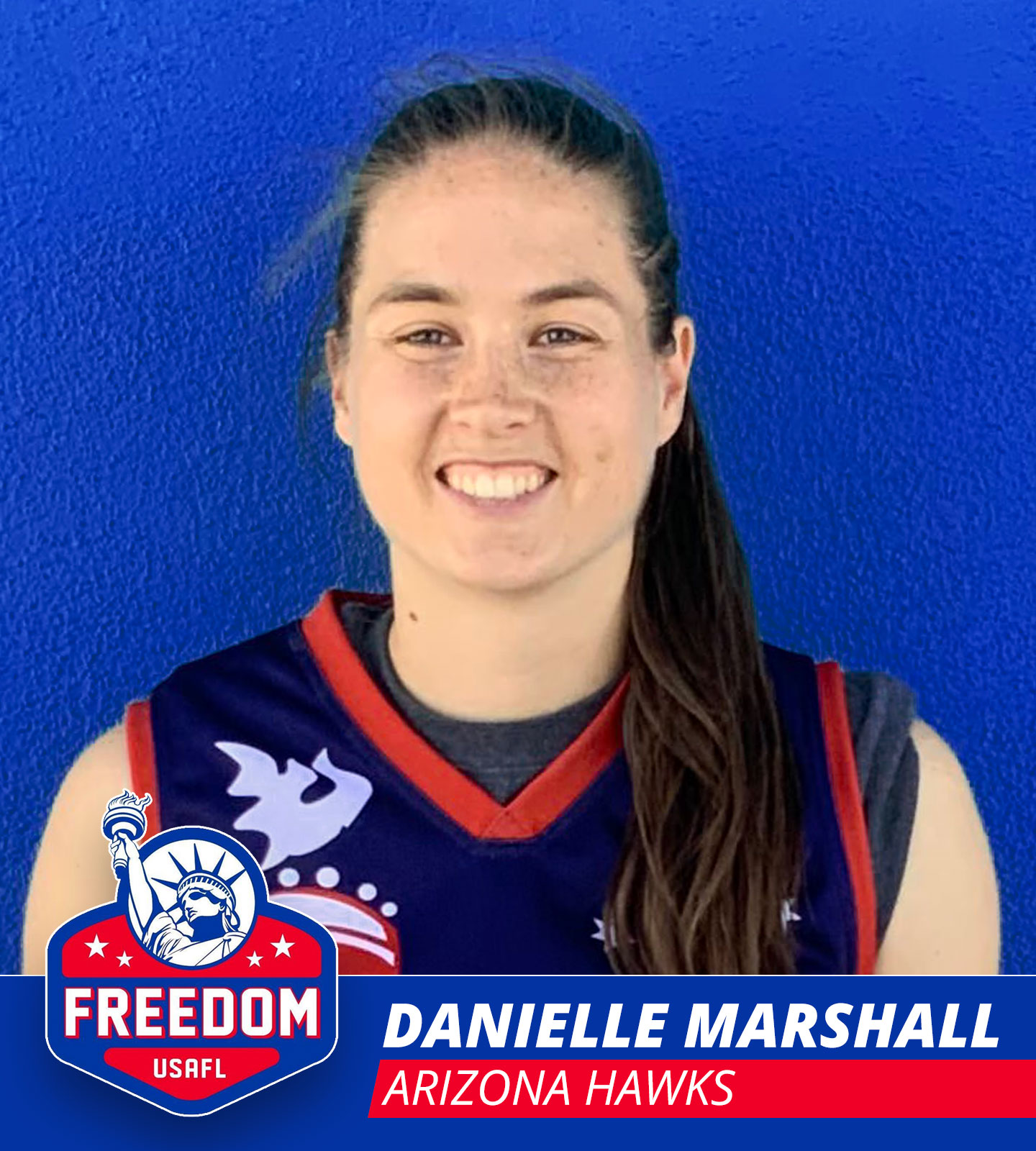 When the Western Bulldogs named Danielle Marshall for Sunday's Round 1 AFLW clash against St Kilda this afternoon they became the first AFL club to select an American woman for a senior match.

Marshall also is the first American to make it to an Australian football national competition team after learning and playing the game competitively in the USA.  While Mason Cox and Jason Holmes were recruited from the USA before making their AFL debuts, they had to learn the game in Australia.

Marshall is a bona fide product of the United States Australian Football League (USAFL).  The Arizona Hawks to be more precise.  Marshall played with the Hawks in 2018 and 2019 seasons.  In 2019 she came to Australia to see how far she could make it in the game here.  She returned to the US in October to play in the USAFL National Championships in Florida.

Her debut is a huge feather in the cap to all at the USAFL who have worked so hard for so many years to spread the game across the USA and to teach Americans the Australian code in both men's and women's footy.

After a brief stint in 2019  Aberfeldie she was quickly brought into the Western Bulldogs VFLW team where she showed her skills alongside and against AFLW listed players.  The Bulldogs wasted little time in listing her for the 2020 AFLW season.

Marshall has a strong leg and is able to shoot for goal from a long way out but also has proven to be a goal sneak with good crumbing sense in her time in the VFL.  She has also had stints playing in defence where she has also shown to be good at reading the ball in flight - and in the ruck.  So we really don't know where we might see her play on Sunday when she comes off the bench.

In the first AFLW season there was just one Irish player Laura Duryea.  In season two it was two and now mostly thanks to CrossCoders in season four it is up to 18.  We don't think the explosion will be quite the same with the Americans but Dani is at the tip of the spear of American women aspiring to play at AFLW level.  They will all be sending Dani well wishes on Sunday and wondering when their turn will come, so will we.