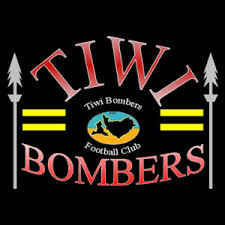 With just four rounds remaining for the NTFL Premier League season, the Tiwi Bombers have now locked in a finals berth along with St Mary’s (second) and the Nightcliff Tigers (first).

Their big win over the Southern Districts Crocs last weekend was huge in that it secured their finals berth, showed they have the firepower to defeat finals rivals and also saw them win big away from home – a huge psychological boost.

Since going down to lowly Waratah in Round 6, the Bombers have won eight of their last nine matches – the only loss was by a goal to Nightcliff on the road, which in itself was a commendable effort. During this streak, they have defeated all other likely finalists.

The Bombers sit in a good position.

Above them on the ladder by just one game, St Mary’s faltered last round against Nightcliff. They remain in second place by a game and percentage, but over the final fours rounds, the Bombers will be breathing down their necks.

Waratah snuffed out any Palmerston Magpies’ resurgence with an emphatic 53-point win. It gives the Waratah Warriors a mathematical chance of finals if they can hold their erratic form and keep winning, though they would need to Crocs to completely implode for this to happen.

The Darwin Buffaloes did enough to hold Wanderers at bay, winning by 32 points to hold fourth spot on the ladder. Even mathematics cannot help Wanderers who sit four games out of the finals race with four rounds to play and a hideous percentage deficit.