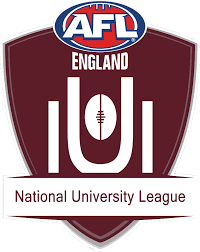 At the mid-way point of the second National University League season, the University of Birmingham teams have placed themselves well for a tilt at the title. After a bye in the opening round, the Birmingham men’s team recorded two wins in their home fixture whilst the women’s team won one of their games and were unlucky to lose narrowly.

University of Cambridge still hold top spot in the men’s draw, a game ahead of Birmingham. The women’s draw has seen a huge performance from the South Wales Universities team, winning three of their four matches to date. With Cardiff the venue for the third round matches, the South Wales women’s team is in a great position to get more wins and set up a genuine crack at the title.

With two rounds to go, all teams are still well and truly in the hunt. Even winless teams (South Wales in men’s and Oxford in women’s) have a chance to regroup after the Christmas/New Year break and get runs on the board to snare a grand final berth if they can overtake some other teams. However, the front-runners will take some catching.

The next round will be played in Cardiff, hosted by the South Wales teams, on 25th January. Cambridge will have the bye ahead of hosting the Round 4 fixture on 22nd February.

Oxford University won the inaugural men’s title for the 2018/19 season whilst University of Birmingham took out the first women’s title.