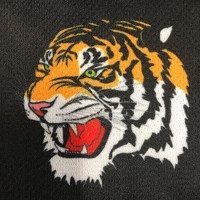 No matter how you look at it, the Nightcliff Tigers have enjoyed a brilliant 2019 and as teams enjoy their festive season summer break, the Tigers boast not only a premiership but top spot to see out the calendar year.

Back in March, the Tigers held off a determined Southern Districts to claim the 2018/19 NTFL Premier League title. After their Round 11 clash, the Tigers go to the break two games clear at the top of the ladder. Their only loss was to the currently second-placed St Mary’s. It has been an impressive year from the Tigers.

In fact, the Tigers only lost two matches for the calendar year, the other being a one-point loss to the Tiwi Bombers in January.

When matches resume early next year, clubs will have been planning their journey to the finals, and uppermost in their planning will be Nightcliff.

The Tiwi Bombers have secured fifth place, and sit two and a half games clear of the sixth-placed Wanderers. With just seven rounds to go, fifth place is for the Bombers to lose. Should they break even with wins after the break, the Bombers should see finals again.

Wanderers, on the other hand, would have to win all remaining games to bridge the gap on the Bombers and steal a finals berth.

Southern Districts consigned Waratah to second-last place with a big 54-point win. The Crocs needed the win to stay in touch with top spot, and now sit third, half a game behind St Mary’s. Waratah are still in the finals race mathematically, three games behind the Bombers, but like Wanderers they just can’t lose another game.

St Mary’s held on to second place on the ladder by downing the Darwin Buffaloes in a low-scoring match. The 14-point win was the eighth for the Saints and they continue their resurgence after a forgettable 2018/19 season. The Buffaloes hold fourth place, equal on points with the Tiwi Bombers and just needing a solid run home after the break.