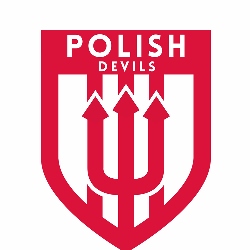 The appearance of the Polish Devils in Norrtälje, Sweden, for this year’s Euro Cup was exciting. That excitement, and a growing sense of permanence, grew further when the team arrived in Tallinn, Estonia to compete in the Baltic Cup.

This newest Polish Australian Football team is shaping as a far more resilient model than previous attempts in Poznan in 2011 (Bisons) and Bydgoszcz in 2015 (Cats) or any other forays. However, when this project is driven by Roger Scott, the man responsible to helping drive the earlier days of footy in Russia, it would be no surprise that he would be seeking big things. Roger is co-founder of AFL Polska as well as head coach of the Devils.
Phil Forbes is also a co-founder and Chairman of AFL Polska. When asked whether the Devils were a new footy entity in Poland or a phoenix of previous teams, he answered “a bit of both to be honest. Prior to the Devils, AFL in Poland only existed in a small rural city by the name of Bydgoszcz. There was an Aussie who lived there and tried to get AFL off the ground, but it didn't work - the city was too small and the game just too weird.”

“In November 2018, this guy went back to Australia and I inherited all the training gear, as well as the Facebook page. Being based in the nation's capital, Warsaw, with a bigger population, most of it more educated, with more expendable income and a bigger Aussie/expat community, it was easy for me to get the ball rolling. It started with a simple kick-to-kick, leveraged social media, found a rugby field to train on and went from there.”

It was interesting to consider immediate challenges. Players, off field support, venues, sponsors and whether any of all of these impact the growth of the game. Phil admits “all of it does. Soccer is the most common sport here, and a lot of those who play soccer aren't used to physical contact - not in the context of AFL anyway. We've poached a few NFL and Rugby players and they pose challenges in A) teaching them to avoid the tackle and B) keeping their kicks low.”

“Off-field, I'm really lucky that the core group of founders have skills that really complement each other. We are great at delegating tasks so that everyone has an even workload. We are now getting some Polish guys who feel like they partly own AFL in Poland, which is ultimately what this is all about.”

“Sponsors aren't too hard to come across. As there is a decent amount of Aussies in the group, we can play the Australia card. AFL Grand Final day, we hired a pub, got them to make meat pies and an 'Aussie breakfast' (vegemite on toast & baked beans) and we used it as a recruitment opportunity. As it's a weird game that's at absolute grassroots level, companies know that it's going to grow and are keen to get involved from the get-go.”

“Venues are our biggest challenge. Rugby took off here 10-15 years ago, and it grew too quick. Many sports universities over-invested and now have rugby teams that have a full-sized rugby pitch (which is what we need to train) but are reluctant to work with us and integrate, as they're scared we'll steal what remains of their rugby players and ultimately kill their team.”

Roger, Phil and their supporters do have goals for the immediate and longer term future. “Right now, the game will grow organically in Warsaw, as that's where most of us are based. Nailing down a home field with a school or existing club that we can work with regularly is a priority.”

“The biggest priority though is growing the game in Poland. Getting teams set up elsewhere in the country means that we can create a league, and when it comes to international friendlies, there's competition amongst players to be selected, thus driving them to improve their skills.”

“Our longer term goals are to have a league with a handful of teams, similar to what NFL is doing here in Poland.”

“Here in Warsaw we've got about 30 players all up, but about a dozen that hit up training every week. Elsewhere in Poland, we have got nothing more than a few people who have expressed interested. My goal is to empower other Aussies in smaller cities, give them ownership of the sport and a team there and help them grow it. Again, we are lucky that we can play the Australia card, showing off Australian Culture to help get attention to the game.”

“It's a hell of a buzz to have a handful of Polish guys interested in footy. Explaining them the rules and English, and having one guy translate to the rest of them. Not many Aussies know a whole lot about Poland, so to be here, representing not only the sport that I love but my country and it's culture is a hell of a feeling.”

“We are truly hoping that the game can grow here healthily and be fully Polish, with us Aussies as nothing more than bystanders in a few years’ time.”

The football community across Europe will be eagerly awaiting the next Devils outing as they sharpen their horns for a long-term future both in Poland and across Europe. 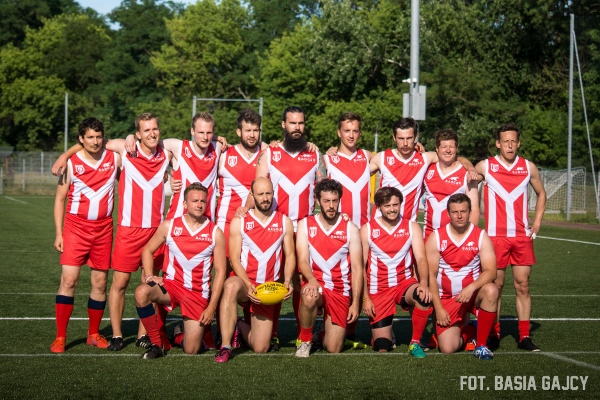