Across The Top – North Queensland Winners 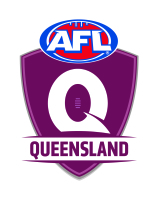 The 2019 season is over for the five key Northern and Central Queensland football leagues. Winners might still be partying; others might still be planning, building and devising ways to bring down the Goliaths with a slingshot next season. Here is an overview of those premiership results.

The Port Douglas Crocs have made it five flags in six seasons as their dynasty continues to grow. Already they are looking to challenge the perennially successful Cairns Saints as the league’s most successful club – a few flags to go yet, but they are well on their way. Their 34-point win over South Cairns Cutters was done the hard way. Trailing at three-quarter time, they unleashed a seven goal to one blitz to take the flag. Cutters were able to take out the reserve grade premiership whilst the North Cairns Tigers club, having endured a horrid season, saw light when their women’s team took the flag.

Back in 1916, the Fitzroy Football Club pulled off a miraculous (and contentious) premiership in the VFL. They won only two matches in the home and away season, yet won all three finals to take the flag – the only team to have won the wooden spoon and premiership in the same season.

Mt Isa Tigers were not quite that far back, but were close. After winning just four games across the premiership season and finishing third on the ladder, they won all three finals to take out the Mt Isa flag. An extraordinary turnaround, not completely uncommon in competitions with a small amount of teams. On the day, the Tigers downed the Buffaloes by 67 points.

Hermit Park Tigers retained their title by downing the Thuringowa Bulldogs by 15 points for the AFL Townsville premiership. It was a three-peat for the Tigers. Hermit park finished on top of the ladder and won their semi-final clash against the Bulldogs by 46 points. But none of this worried the Bulldogs as they led at every change in the decider. It took a huge last quarter from the Tigers to over-run their opponents and take the flag. It completed a great season for the club as they took both the reserve grade and women’s flags as well.

The North Mackay Saints completed an impressive year by taking the flag against the Eastern Swans. The Saints topped the ladder and went on the claim both the senior and reserve grade premierships. In the senior grade final, the Swans were strong early and got away to a three goal to nil quarter-time lead. However, after that it was all Saints, and would have been a bigger margin if not for poor kicking at goal. In the end, they took the title by 29 points. The Bakers Creek Tigers took home the women’s title

The Yeppoon Swans downed the Rockhampton Panthers to take out the AFL Capricornia senior premiership in Central Queensland. The Swans hammedred home nine unasnswered goals in the first term and had thirteen goals to one on the board by half-time to effectively win the flag. However, Panthers rallied and won the second half, but still went down by 72 points. The Swans also dominated the reserve grade final to take that flag whilst the Panthers took out the women’s title.