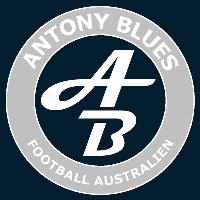 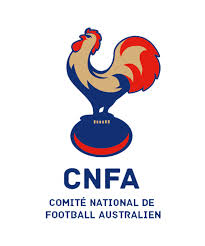 The new season of footy in France is getting closer and the draw has been released for the 2019/20 season. As well as key matches to watch out for, the biggest changes see a former grand finalist having a rest for a season and their place being taken by a new kid on the block.

It was only early last year that World Footy News reported on the formation of a new club in the southern suburbs of Paris – the Antony Blues. (See story Antony Blues Set To Grow In Paris). In a short space of time, the Blues have already performed well enough on and of the field to convince the CNFA that they are ready.

Their historic first match will be against the Cockerels in Paris. Their first home match will be in the second round when they host the Stade Toulousain 2 team. It marks a great reward for the many people who have worked so hard to get the fledgling team up and running and continues the changing face of the league clubs over recent years.

Last season saw the Stade Toulousain teams grow from the Touse Hawks and Blagnac Aviators as well as the Bayonne Toreadors debuting.

This season will see the Cergy-Pontoise Coyotes taking a break in a bid to attract player numbers ready for the 2020/21 season. It is always sad to see teams drop out of the competition as it is historically difficult to get re-started. However, the Coyotes have been a successful club with a strong body of people behind it and they will bounce back.

The draw will feature the two Paris teams – the Cockerels and Cockatoos – as well as the third team from Paris – the Blues. Toulouse will have the two Stade Toulousain teams once again. The draw will be completed with the ALFA Lions, Bordeaux Bombers and Bayonne Toreadors.

Round 3 will feature two local derbies in both Paris and Toulouse. Round 6 will feature the Grand Final “replay” when the Cockerels take on Stade Toulousain 1. Rain washed out the scheduled match earlier this year, so the new date for the 2018/19 premiership match is 28th September. This will mean the premier team is decided before the start of the new season.

The home and away season gets under way on October 19th with double-headers in Paris and Toulouse. Details of other matches and tournaments, including the women’s schedules, will follow soon. 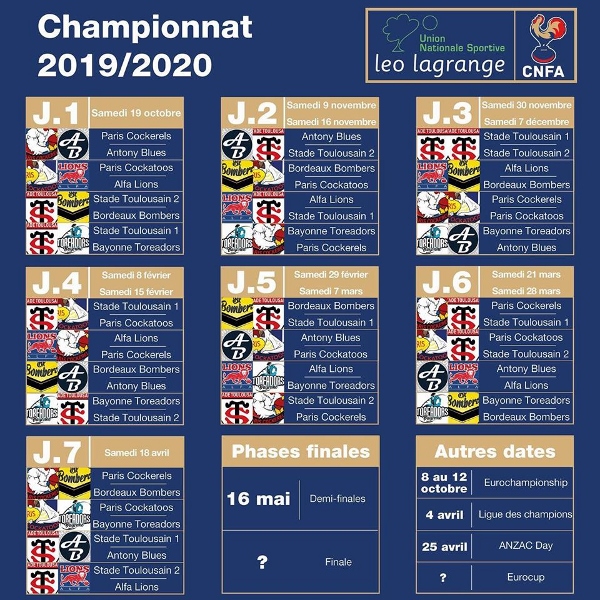