Swedish Premiership Up In The Air 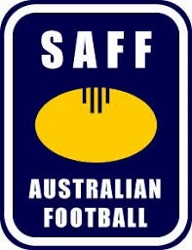 Despite largely being a two-horse race, the SAFF (Stockholm Australian Football Federation) competition is heading for what could be a huge finish. Whilst the Solna Axeman would be pleased the 2019 season is now over and the Årsta Swans will be long-priced underdogs in their Qualifying Final, it is the Norrtälje Dockers and Södermalm Blues that will generate the most interest.

Round 9 saw the Dockers trounce the Axemen by 127 points, whilst the Blues hammered the Swans by 116 points in an afternoon of one-sided results in Norrtälje. Then last weekend, the Blues and Dockers faced off in a Grand Final preview.

Proving that a season is long, the Dockers thrashed the Blues way back in Round 2 by 92 points in Norrtälje. By Round 5, the Blues had restored order and went down at home to the Dockers by just 13 points. It was a big improvement, but still a loss that left the Dockers as favourites.

However, recent good form from the Blues combined with some erratic form from the Dockers (two narrow losses from their past three matches) have narrowed the distance between the two top teams. On current form, the two teams are neck and neck heading into finals.

The Blues still have to get to the Grand Final. They have to play the Årsta Swans in the Qualifying Final next weekend (venue TBA), which is no certainly after the Swans recently downed the Dockers. However, should logic take a stand and see the Blues win, it will set up a Grand Final that could be one for the ages.

There is much to still be played out, but an exciting conclusion to the SAFF season appears to be on the cards.