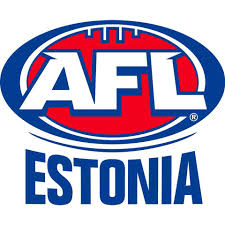 In a massive first for Estonia, the city of Tallinn will be the venue for the 2019 Baltic Cup. AFL Estonia, which is still at a stage of developing off field as it grows the game, will receive a huge boost to develop the game in the country with the opportunity to market the game and work to attract some interest for fans, businesses and prospective players.

Coming to Tallinn for the event will be the St Petersburg Cats from Russia, the Helsinki Heatseekers from Finland, the Polish Devils and the Norrtälje Dockers. The invitation exists for more nations to teams to join. Estonia will not have their own team, though should a local want to join in with one of the teams they most likely could.

The event will be held at the Nike Arena in Tallinn, adjacent to the Estonian Football Federation (Soccer) headquarters and fields to the south of the city.

According to the information about the event on the St Petersburg Cats Facebook event page, not only is there excitement about the four teams already coming but “we are also open to the participation of other countries.”

“After the success of the Euro Cup in Norrtälje, we were hungry for a new challenge. We hope the Baltic Cup will become a regular fixture on the European footy calendar. Anyone who would like to come watch and support (and celebrate afterwards) is more than welcome”.

The event has the potential to grow much bigger in coming years. This year’s event is already described as a “new edition” as the event grows. However, with other Baltic or near-Baltic teams and nations in a position to consider the event it could grow further.

A second Russian team from Moscow is a genuine possibility, as are other teams from Finland and Sweden. Teams from Denmark and Norway might see an attraction. Flickerings of interest from Latvia and Lithuania in past years may also have scope to grow.

For this reason, the event isn’t just for fun. It is also a potentially useful tactical event for the growth of the game across that part of Europe.

However, on the day of the event, October 5th, all eyes will be on Tallinn, Estonia, as well as the Cats, Dockers, Heatseekers and Devils.