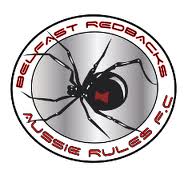 After another flawless season, the Belfast Redbacks have achieved their goal of winning back to bag Irish premierships by downing the Leeside Lions last weekend. In a close and tough encounter, it took until the final term for the heavily fancied Redbacks to shake off the persistent Lions to run out 29-point winners.

The margin seems significant, but probably does little to really show how gallant the Leeside Lions were in defeat, and how hard the Redbacks had to work to defend their title and complete a second successive undefeated season.

The Lions certainly came to play and by half time actually trailed by just seven points. The fact that they also dominated the scoring shots for the half – 11 to 8 – was cause for concern in the Redbacks camp. The Redbacks held sway largely through a better conversion rate on the scoreboard – in general play things were far more even.

The Lions could smell an upset and kicked two goals to one in the third quarter to grab a narrow two-point lead heading into the final quarter.

However, on a sunny day in Dublin, the Redbacks unleased a powerful six goals to one final term to break open the game and, in the end, run out far more comfortable winners that the result probably deserved. The Leeside Lions, having surprised many by defeating Galway in the Preliminary Final to advance to the Grand Final, were outsiders to win the flag. But they certainly didn’t play that way.

The premiership was decided, but so too were other awards. According to the AFL Ireland Facebook page, “Also on Saturday, the league’s best and fairest and leading goal scorer awards were presented. It was Belfast Redback midfielder, Dean Skinner, who was the 2019 season best and fairest. The top goal scorer award went to Shaun 'Smurf' Murphy from Galway Magpies with 25 goals.”

The match marks the end of the AFL Ireland Men’s Premiership season. Teams can now relax and recover in the off-season, unless involved in any of the post/pre-season matches to come prior to the 2020 season.

Teams also get to do their homework on what it will take to bring down the Belfast Redbacks behemoth. 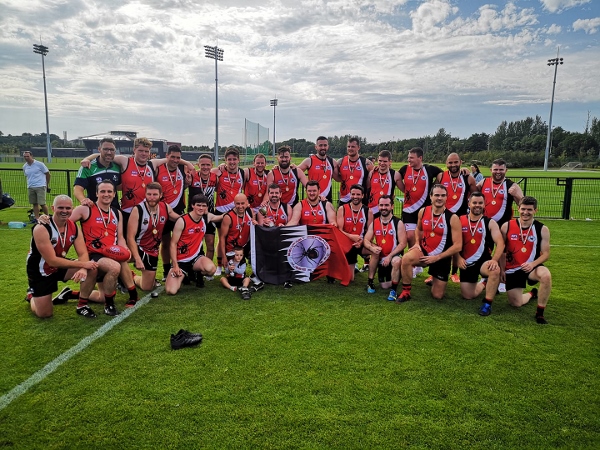