Edinburgh Bloods Take Back To Back Scottish Titles 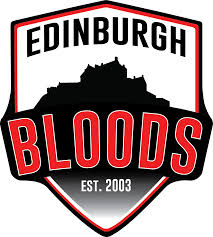 Reigning SARFL premiers, the Edinburgh Bloods, had a tough road to negotiate, but they came up trumps last weekend when they downed the Glasgow Sharks in the Scottish Grand Final.

After going down to the Sharks in their semi-final, the Bloods had to negotiate the Tyne Tees Tigers in the Preliminary Final to gain another shot. They did, and after their 44-point win on Saturday, they have retained their title as the best team in Scotland.

In a game “played in great spirits”, the Bloods got away early but only held a four goal lead just after half time. The Sharks could have closed the gap. However, the Bloods sensed danger and by three-quarter time had pulled away to a 42-point lead, effectively ending any chance of a Sharks' revival.

In a tight, tough last quarter, the Bloods kept the Sharks at arm’s length to go onto a memorable premiership for the club. It is the eighth title for Edinburgh since 2010, showing themselves to be AFL Scotland’s most successful club this decade, at least.

The day wasn’t a total loss for the Glasgow Sharks. Not only did they take out the six-man boat race after the grand final, they won the pre-match title as well.

“Our Women's team participated in an exhibition match prior to the Grand Final and they all acquitted themselves very well. As they had earlier won the inaugural SARFL Women's league they received the premiership trophy and winners medals for everyone who played a game during the season.”

With another season done, the Bloods can now enjoy the spoils of a premiership. However, it is a time also for the Glasgow Sharks, Tyne Tees Tigers, Kingdom Kangaroos, Glasgow Giants and West Lothian Eagles to build and plot the downfall of the Bloods in 2020.


Picture: To the winners go the rights to their chosen dress code. 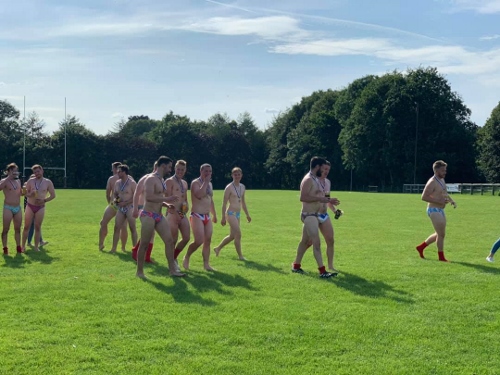