The men’s and women’s squads to represent Great Britain (the men’s GB Bulldogs and the women’s GB Swans) have been announced today ahead of the AFL Europe 2019 European Championship to be held in London in October. This is the premier 18 per side international tournament in Europe and the following lists of players have received the honour of representing Great Britain. 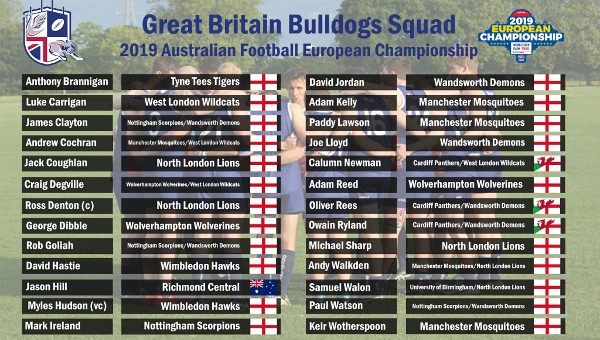 The women’s team features players from 13 clubs across 8 leagues and five countries. The men’s team has a similar breakdown of talent.