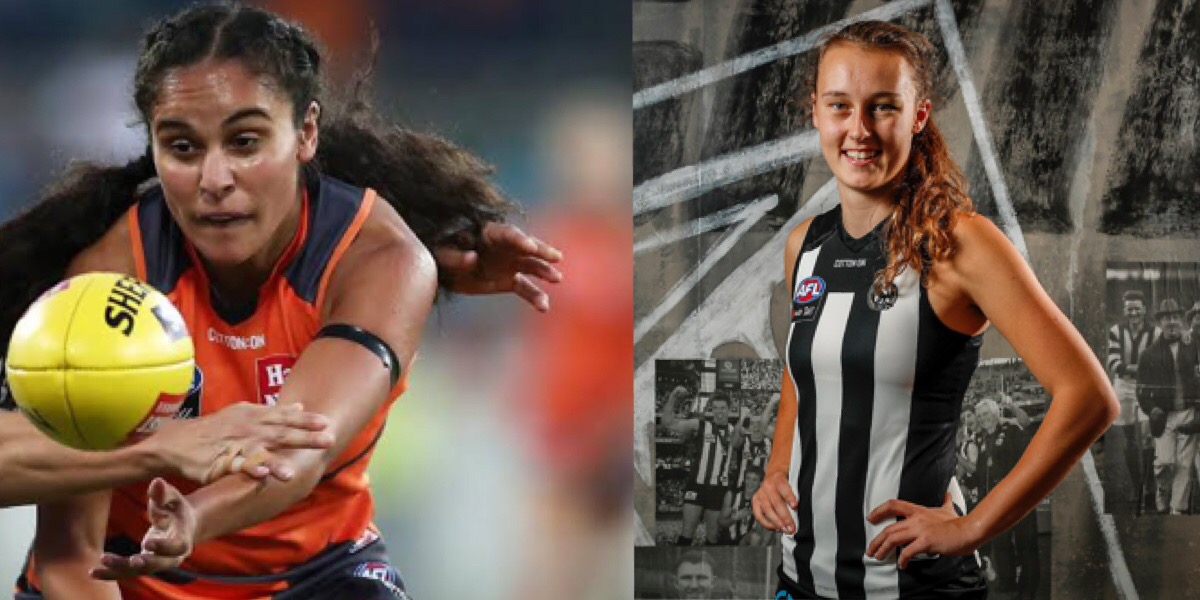 Allen has been vital in the Magpies backline all season and over the weekend on Sunday against the Lions she collected 10 disposals and six marks in her team's first breakthrough win of the season at Victoria Park.

The Magpies selected Allen at pick number 5 in the 2018 NAB AFL Women's Draft.

Allen made her debut in Round One this season and has played every game in her first season at the Magpies.

Allen played for the Dandenong Stingrays and Casey Demons as a defender.

She became a member of the NAB AFL Women's Academy at the age of 16, was awarded the MVP award when she represented Vic Metro and captained Vic Country in the 2018 NAB AFL Women’s Under-18 Championships

Zreika's nomination could not have come at a better time for the 19 year old player who played for the Giants on Friday night after her muslim community in Christchurch, New Zealand were involved in terrorist attacks.

Zreika had her best match of her season, as she accumulated 17 disposals, seven tackles and scored one goal in her team's upset win over Geelong on the weekend.

A beautiful moment to come out of the match was when Zreika kicked her first ever AFLW goal and it meant so much to her after the terrorist attacks in Christchurch and her teammates came around her.

Zreika was put into the history books, as she was the first Muslim woman to debut in the AFLW competition.

Zreika is know for how she uses her speed and how she plays off half-back.

She is a cross-coder after playing rugby league. Zreika's football career began when she joined the Auburn-Penrith Giants Football Club.

The Giants picked up Zreika at pick number 69 in the 2018 NAB AFL Women's Draft.