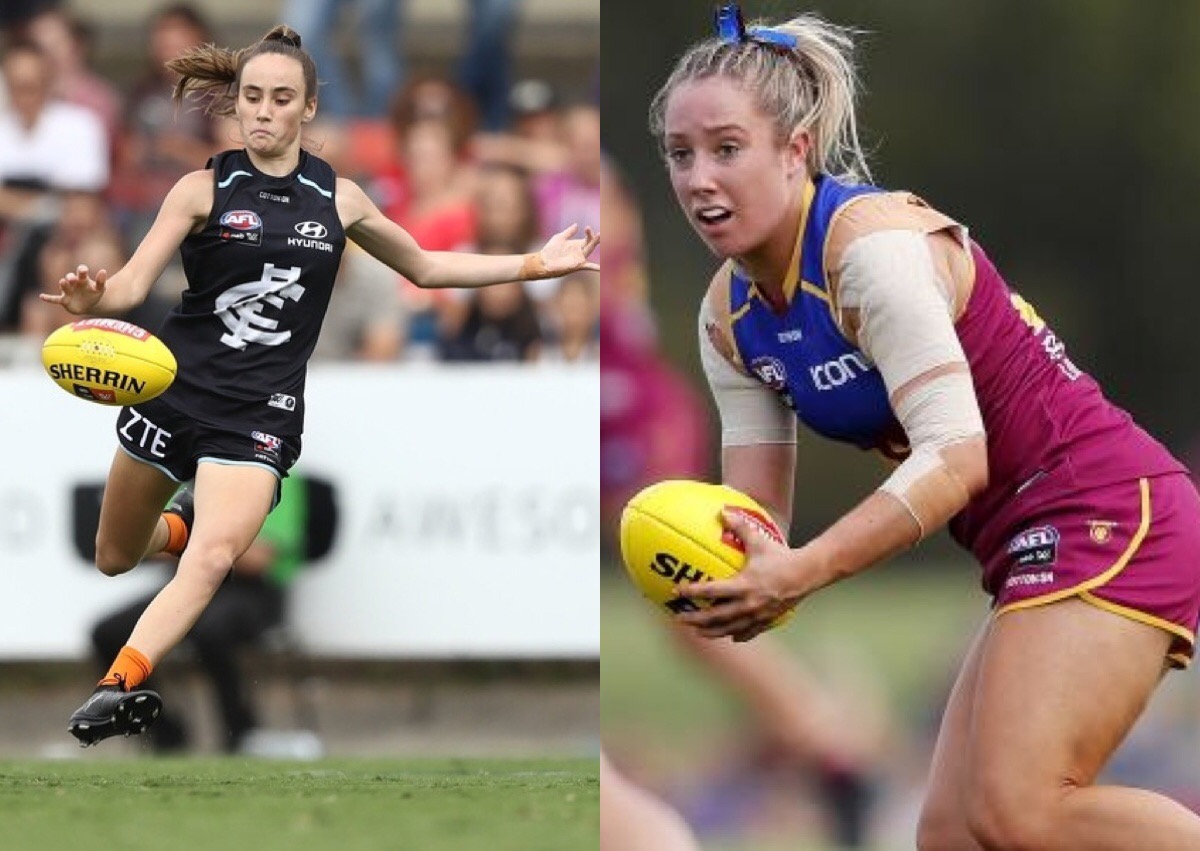 These two midfield nominations have come from the same match over the weekend.

Gee was selected by the Blues in the 2017 NAB AFL Draft at pick no.12 from Beaconsfield JFC and Dandenong Stingrays.

Gee's nomination has been coming for weeks now, as she has had many solid performances for her Blues throughout the season.

In Round Six, Gee accumulated 12 disposals, eight kicks and two tackles in the Blues 16-point win over the Lions at Ikon Park last Sunday afternoon.

Gee is playing in her second season of AFLW and since she has cemented her spot in the side has averaged 11 disposals.

She is the Blues second Rising Star nominee with Maddie Prespakis' nomination coming in round two.

Yorston was picked up by the Lions, as a rookie at the end of the 2018 NAB AFLW Draft.

The QWAFL side Wilston Grange signed Yorston and she was part of their premiership side at 17 years of age.

Yorston, is in her debut season and she has played strongly all year with her tackling and capability to think quickly when under pressure in matches.

Now at 18, Yorston averaged 10 touches and 7.7 tackles a game since she made her round four debut.