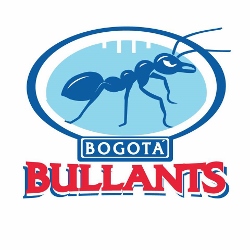 The Bogota Bullants have downed the Bogota Bombers in yesterday’s AFL Colombia Grand Final to win the second competition premiership. The Bullants were too good for the Bombers and ran out comprehensive winners by 49 points with the final score seeing the Bullants 132 defeating the Bombers 83.

Earlier this year, the DC Aguilas won the inaugural AFL Colombia premiership. The Bullants have now claimed the second Colombian flag, making their own impact on Colombian footy.