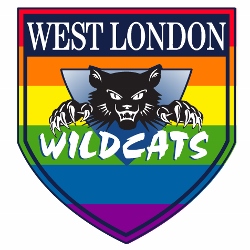 With just two rounds left to play before the AFL London finals begin, the West London Wildcats have announced their intentions to capture the flag. Their two goal win against the Wandsworth Demons sees them now sitting on top of the ladder, but with a significant psychological advantage.

It has been a tight contest for much of the year between the Wildcats, Demons and to a lesser degree the North London Lions. But, as the business end of the season has approached, the Lions have fallen off the pace somewhat, leaving the Demons out in front just ahead of the Wildcats. Now that has changed.

In terms of ladder position, the Demons will probably reclaim top spot, with their remaining matches against the Swans and Hawks likely wins. The Wildcats play the Swans before a bye. However, ladder position means little in big matches – form does.

In the other weekend match, the Lions enjoyed a 53-point win against the London Swans to recalibrate their own season. Whilst the result will not see any change in ladder position – they will finish third after the home and away rounds are done – they will use the result as a catalyst for their finals assault.

The Women’s Premiership division was a mixture of near and far. The South East London Giants just edged out the Wimbledon Hawks by three points in a thriller, whilst at Clapham Common it was one-way traffic as the Wandsworth Demons thumped the West London Wildcats by 60 points.

AFL London was delighted at the success of the Pride Round with all clubs involved, including participation in the Pride March supporting the LGTB community in London and across the world.