Bombers Back In Finals Race After Bogota Bloodbath 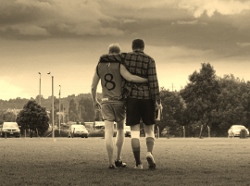 It doesn’t happen often, but the Bogota Bombers have set a few AFL Colombia records last weekend as they kept themselves firmly in the premiership race. Apart from being the highest score recorded in the very new South American competition, they also scored it being the bottom team. Add to that, the Bogota Bombers recorded a 213-point turnaround from the last time they met the Bogota Bullants. Certainly, the match has changed the status quo of the competition, bringing all three teams back into premiership calculations.

Paddy Smallwood, president of AFL Colombia, provided a look at the game and its ramifications on the competition.

“The game was a bloodbath. The Bullants went in very undermanned, with their captain Jamez injured and the league’s current leading goalscorer, Matt Sharaz, back home in Australia with his feet up, and many other important players out for various, some sceptical, reasons.”

“The Bombers on the other hand went in with their strongest line up of the season by far. The Bombers came out charging and kicked a devastating eleven goals to two in the first quarter. The second quarter evened out a little with the Bullants having plenty of attack but ultimately inaccuracy hurt them and the Bombers extended their lead with an eight straight goal quarter to three to leave what was ultimately an unassailable task for the Bullants with an 82 point lead.”

“Unfortunately, after half time one of the Bullants best players, Andy Fazz, went down injured. The Bombers, with revenge on their mind, showed no mercy and the flood gates opened. Colombian, Gorge 'Wham' Michael, slotted five goals in the third quarter to bring his total to ten for the game.”

“The last quarter was a bloodbath. With any Bullants’ resistance all but gone, the Bombers had percentage on their mind. Another eleven-goal quarter had all watching calling for the mercy siren. Wham kicked another four goals to take his game tally to an astonishing 14 goals and claim the CAFL record for most goals in a game - a brilliant effort by a young Colombian fella only introduced to the game nine months ago.”

“Although it was a disappointing game, it sets up the final regular game of the year fantastically. With the Bullants and Aguilas on two wins each, the Bombers now sit on 1 win but with a huge percentage. So, a win against the Aguilas in two weeks (19th of May) will see them jump the pack and charge into the grand final full of steam. The Aguilas will want to put a stop to their charge and instead face a possibly still depleted Bullants in the decider on the 16th of June.” 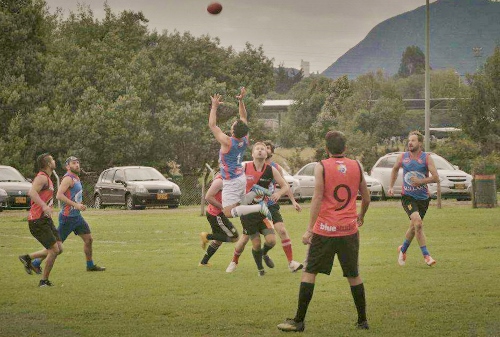