Aguilas Down Bombers In Colombia 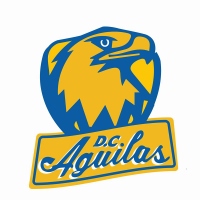 The CAFL season in South America continued on the weekend with the DC Aguilas up against the Bogotá Bombers. In a great game, and a showcase of what Australian Football is all about, the Aguilas held on in a classic. Paddy Smallwood from the CAFL (Colombian Australian Football League) shared the details of the clash, set against a grey and damp Bogotá backdrop.

“The league came alive on Saturday with an enthralling contest. The Aguilas jumped out of the box with six goals to two to take a handy four-goal quarter time lead in cold and wet Bogotá conditions. Sam Miller up forward was causing massive headaches for the Bombers and slotted three goals. The second quarter was a better contest with the Bombers pushing back hard and being on top for large parts of the quarter, but ultimately inaccuracy cost them and they went to the main break three goals down.”
“The second half was a hard and fast affair, some big hits and tackles got the 3rd quarter under way and both teams knew they were in for a contest until the end. The Bombers jumped out of the box with the first two goals in quick succession to bring the game back within a goal before the Aguilas settled by getting a goal back. The game then went end to end for the rest of the quarter with fatigue setting in for the Aguilas as they lost some players and had no interchange. The Aguilas led at three-quarter time by 16 points.”

“The last quarter was intense. The Bombers kicked the first two goals and brought the margin back to 3 points. Another long shot at goal from the Bombers appeared to be sailing across the line to put them in front for the first time, but fullback Mick Phillips amazingly got a fingertip to it. The Bombers had all the momentum with the ball locked in the Aguilas defence for the first half of the quarter and looked like they would run away with it at this point. However, the Aguilas rallied and took it back down the other end to kick next two goals and hold on for an impressive 12-point win.”

“By far the best game of the season, and possibly the best in Colombian history. The intensity went up a big notch across the board with some of the Colombian boys laying the biggest tackles and hits. A great day to be a part of in what could only be described as real Melbourne winter footy conditions.”

“Best for the Aguilas were Paddy Smallwood, Mick Philips and Sam Miller who kicked 5, and for the Bombers Liam Oh Konel, Chris Payne and Camilo Medina. Colombian Andres Cardona was also brilliant for the Aguilas.”

After the first three matches of the inaugural round robin season, the Bullants sit on top of the ladder with two wins, followed by the Aguilas with one and the Bombers yet to get a win on the board. However, all three games have been great battles with teams even for long periods of the game. All teams are capable of producing wins and the season is a long way from being over in Bogotá. 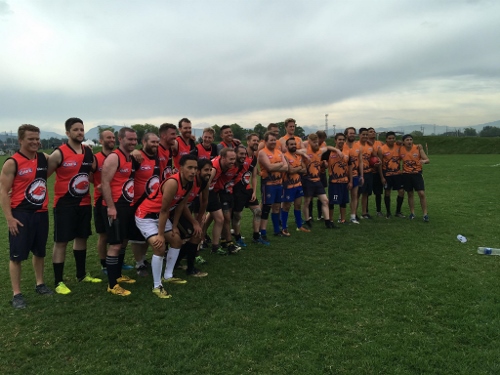