Jason Holmes into the ruck at Old Xavs 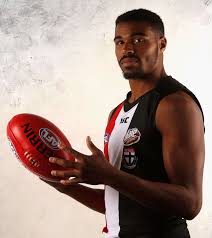 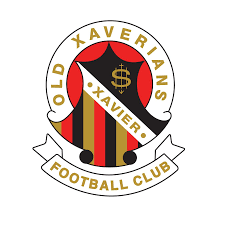 When he suited up for St. Kilda in 2015 Jason Holmes became the first American-born and raised player to play AFL footy since the league’s beginning in 1897.

Jason Holmes is a Chicago, Illinois (USA) native who played U.S. college basketball at Mississippi Valley State (Itta Bena, Miss.) and at Morehead State (Morehead, Kentucky). St. Kilda took a chance on him after a strong showing at the April 2013 AFL combine in Los Angeles, California.

Spending 2014 and most of 2015 at Sandringham, Holmes played the ruck in St. Kilda’s final three games of season 2015 (debut - rd 21 vs Geelong, a 97-97 draw) and in the last two matches in 2016. Having to either be delisted or elevated, Holmes signed a one-year extension through 2017 after running through his three-year rookie deal.

Last season Holmes got caught in a numbers game, as Billy Longer established himself as primary ruckman for the Saints and Tom Hickey and Lewis Pierce also battled for a spot. Rowan Marshall also was in the mix, creating a logjam. Holmes saw no action at the parent club in 2017 and the club delisted him at the end of the season. This was a case of role reversal, as Holmes had previously held down the #1 ruck spot at the Zebras, forcing Hickey and Pierce into other roles.

For season 2018, Holmes is committed to playing with Old Xaverians in the Victorian Amateur Football Association. VAFA A Grade Amateur football is the ideal pathway to continue playing a high level of competitive football but does not have the time demands of professional sport.

From the OXFC site: “We warmly welcome Jason to the Old Xavs. We know he will fit in well with his new teammates and our club. We can see him becoming a real cult hero at Toorak Park. To say the least, his size, energy and enthusiasm will all be real assets at stoppages," club President Matthew Cosgrave said.

“Jason was 28 years old and was starting think about life after professional sport. He was also keen to remain in Australia with his partner. Jason came to the attention of Old Xaverians FC via his manager, Nigel Carmody from TLA Worldwide,” club Vice President Matt Hannebery said.

Jason is a 202cm (6'8") athletic ruckman which was a role that Old Xaverians were looking to fill. He brings an energy and enthusiasm to the group along with some great leadership skills and experience. All the players have welcomed Jason into the club and Jason has reciprocated, Hannebery said.

Hannebery also said Holmes finished studies in the financial planning industry and the club was able to find work with Honan Insurance Group, one of Australia’s largest independent insurance brokers with offices in all states of Australia, New Zealand and Singapore. Jason is the key Honan’s representative within the St. Kilda Business Network.

Holmes and his mates at OXFC open the VAFA season on April 7 against Old Trinity Grammarians. 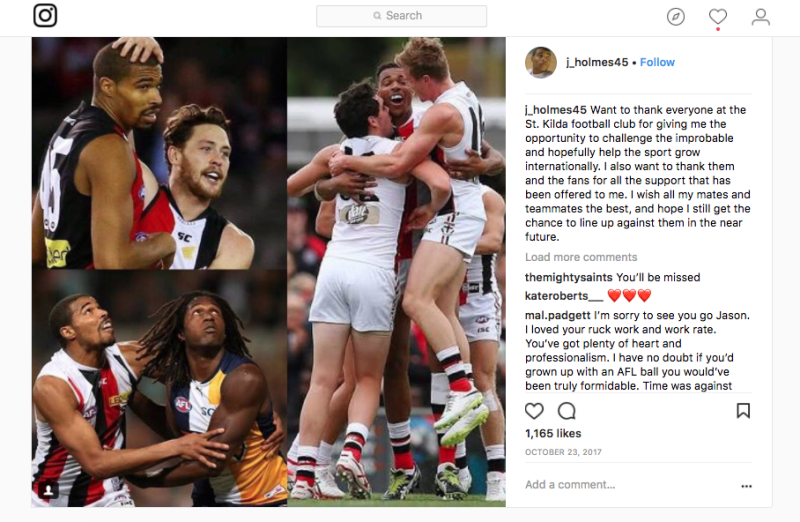