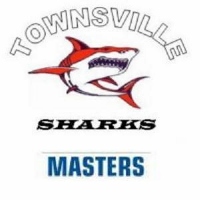 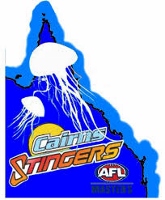 There was something quite congruent and in-synch about having two teams of young girls play as a curtain-raiser to an AFL Masters carnival. So many ways the two could be linked – old and new, past and present, a vision of the future through the eyes of those who have already been there.

But, however you look at it, two groups of players separated by generations took to the field yesterday in Cardwell, North Queensland, and all were proud warriors. The fact that these matches were played on Remembrance Day just added to importance of the event – and every player stepped up accordingly for the occasion. Young local kids from Mission Beach and Innisfail stopped their Auskick Clinic for the minute’s silence, then launched back into their scratch match with giggles and cheers of delight.
Across the nation Australian Rules football continues to grow, and one of the key growth areas is in women’s and girl’s footy. In Cairns, the Pyramid Power club has fostered that development with an under 14 Girl’s team. There is also the powerhouse Gordonvale State School squad, rested after having recently reached the Queensland State Championships for primary schools (see: The Little Engine That Could). Yesterday, the two were fused together to be one impressive team. As a sign of growth, the newly formed Cassowary Coast Crows – centred around the Mission Beach/Innisfail district – took to the field for their first hit-out as a competitive unit.

The scoreboard was probably predictable – a comfortable win to the Power – but it didn’t tell the story. On the field, across four quarters of commitment, over 30 young girls showed the delighted crowd how far girls footy had come. One crowd member asked who these girls were, and that statement probably summed things up beautifully. The girls on both teams had captured the imagination of the crowd.

Once the curtain-raiser was done, it was the “old blokes” from the Over 45 AFL Masters teams taking the field. The title-holders, and dominant champions for many years, the Cairns Stingers, up against their arch rivals, the Townsville Sharks.

In a game, unofficially titled “The Jatzy Cup” in recognition of one of the Cairns Stingers’ players who was not well and was being suitably recognised, didn’t go the Stingers way. Townsville came out firing and made the early running. They were able to hit the scoreboard often enough to rattle the bones of the Stingers and create a gap which would be hard to peg back. This proved to be the case right through to the siren as the Townsville Stingers went on to record a 44 point victory, to the delight of their fans – especially the ones who had camped overnight prior at the football ground and cheered from their tents.

The Cairns boys were determined to make up for the loss by seeing their Over 35 team continue years of dominance over Townsville and win the big match of the day. By quarter-time Cairns held a two-point lead. The game remained tight, and willing, through to the end, but in the biggest upset of the day it was the Townsville Sharks that held on in a thriller by just six points. It completed a great day for the Sharks and the team – augmented by players from the Whitsunday Bald Eagles and Charters Towers Gold City Suns – was rumoured to be partying well into the tropical night.

Now, eyes turn to the return bout – the Cairns Cup next year – and then back to Cardwell for the next edition of the Cardwell Cup in 2018. But the old boys might just have a new permanent travelling companion, as the girls fully intend to be back again, representing the region and their clubs as the precursor to the AFL Masters clashes.

It seems fitting and right. It certainly was today. 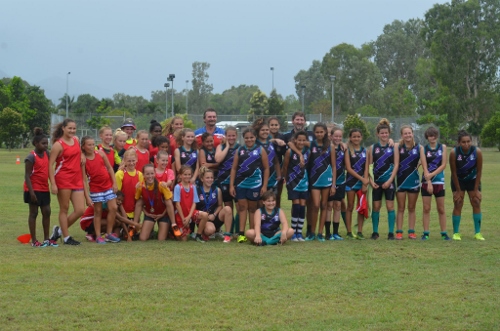