A Smile On A Kid’s Face 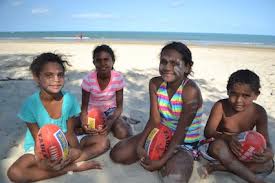 Often lost amongst the crash and bash of senior based footy – men’s or women’s – is the layer of talent that stands to receive the baton after the existing playing groups have become too old to keep running. In so many ways, the kids are THE most important people in the game. It is all very well to have great players, administrators, umpires and so forth now. But ensuring that the pipeline runs deep into the future is vital.

That is why there is nothing quite like seeing the smile on a kid’s face when they have a footy in their hands. The future is so much more secure when we can see the love of the game growing in the next generation – and the next.

In my own ambassadorial roles I am lucky enough to experience that sensation many times over. I am honoured to hold the roles of Australia Post AFL Multicultural Community Ambassador, Footys4all Education Ambassador and AFL Schools Ambassador, and the combination sees me in continual connection with young children embarking on their footy journey.

A couple of years ago, on behalf of the Melbourne based charity, Footys4all, our AFL Cairns club undertook a journey to Hope Vale, at the southern edges of the Cape York Peninsula, to give footys to kids. It took less than an hour after arrival to see these kids running amok on the local rugby fields, chasing each other across the parched, brown grass and kicking the ball in all directions with a puff and a giggle. One of the images that stayed with me was the kids leaving our gathering, still kicking the ball – their new prized possession – down the street towards home. 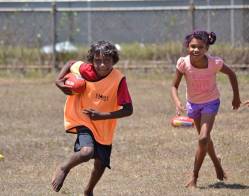 Visits to schools here in Far North Queensland have included such delights as Bellenden Ker State School and Radiant Life College in Innisfail. The kids at Radiant Life has an absolute ball when we turned up with a bag of footys and our Pyramid Power bus replete with coloured disco lights and synchronised music. They’d never seen the likes of this before and will always remember the day Aussie Rules came to their school. Whether it be small clinics, scratch matches or just an unorchestrated chaos of footys, legs, arms and the occasional dog, the resounding image is one of unadulterated happiness and beaming kids.

As a Multicultural Community Ambassador last year I was fortunate enough to visit a number of secondary schools across our region. Talks at places like Peace Lutheran College in Redlynch, Mount St Bernards College in Herberton, St Augustine’s College in Cairns, Djarragun Indigenous College in Gordonvale and AFL Cape York House saw an older audience listen to the merits of a multicultural footy future and lapped up the information, leading to repeat performance this year.

Whilst this might all sound too easy on paper, all of this has been achieved in a heartland of Rugby League. It has taken imagination, determination and an attitude to live outside the box to make it happen. As our driver, Jim, pointed out that day, we had lost the box years ago.

With more than 15 years of school footy, and countless training sessions, behind me, I have proudly watched primary school age kids either further develop their junior skills above and beyond their local team, or as is the case with many, try the game for the first time through school programs – reluctant to take the plunge initially at a club level, but eager to try out the game.

Again, the results have been overwhelmingly positive, and not just for footy. Often the relationships made and the disciplines learned have transferred to the classroom and to home and helped children grow beyond the footy field.

Auskick programs or similar are erupting world-wide, and so are local clubs and organisations. More recently I have been watching developments with the Clapham Cubs junior program in London, whilst Ian Mitchell and his crew have embarked on a school program in Wolverhampton which is having profound results in engaging kids with the game.

Recent conversations with the Santiago Saints in Chile have seen the foundation laid for a home-grown version of Auskick for Chilean kids. The Södermalm Blues in Sweden have had great success in developing a junior program, and the rise of Danish footy has been on the back of a faith in the development of juniors. There are wonderful examples right across Europe.

Footy in Kenya, through the work of people like Don Cruttenden, is being gown almost wholly on the back of school kids. Mike McFarlane, in Vancouver, Canada, has grown the North Delta Juniors into a solid junior competition. The growth of the game in India is heavily reliant on the uptake of younger people. The same with South Africa with AFL Footywild investing heavily in youth.Examples litter all continents and most countries where the game is played. But this is not about listing (or not mentioning) leagues or clubs already involved. It is about extending the opportunities to more and more people who might be able to find a way to make a difference.

I am not trying to preach to the converted – those who already give their all for the growth of the game. It is a challenge to ask whether or not we have gone as far as we can go. If the answer is yes, then footy will plateau and eventually fall away as things stagnate. If the answer is that we can find more hands, even for a small period of time, then across the world we can continue to grow.

Footy matches can be played with as few as one player. I know this to be an incontrovertible fact when, as a kid, I was all 20 players for both teams as I dodged and swerved around the lemon tree, wheelbarrow, deckchair and car to kick goals and win games. Sometimes one became two when my brother joined in – GAME ON!

Often all that is needed is a footy and a caring hand to help. Those two items are probably the most valuable assets to any club wanting to develop a youth interest. It is remarkable how many times that is all I have had at my disposal – yet it has netted smiles and giggles.

Not all clubs have the personnel or resources to be able to develop and/or maintain juniors. That is a realistic fiscal fact. It is often enough to simply keep a club afloat at all. But where opportunity exists, the gradual assessing, creating, developing and ongoing of junior based footy should be embraced. The future of your own local footy league is not with the now…it is squarely with the future. We simply facilitate the change.

The greatest fears of parents – cost, competition and injury – can be allayed through a sensible and careful approach to try and offer time for free (not always easy, but also not impossible), keeping expectations of success to a modest and achievable level based on fun rather than results, and a program of modified rules to gradually teach skills before contact and injury.

If all of this effort nets just one potential player of the future, then it was worth it. But worth far, far more is the idea that a child has a fantastic time, laughs, smiles and comes back again – maybe with a friend. Then you have the nucleus of a future based on youth.

If you have time one day, kick or handpass a ball to a five year old. Watch the smile when they catch it, and the giggle when they drop it and run to retrieve it. There is nothing quite like it.

Our game depends on it. 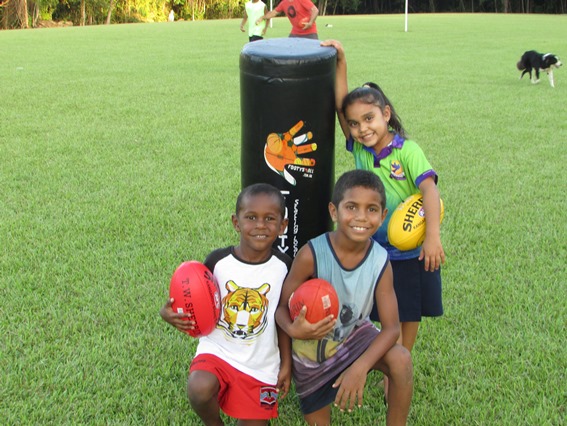