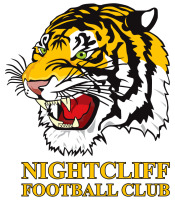 With the Northern Territory Football League just three rounds away, the jostling for top five positions took some interesting turns on the weekend. Along the way, the Tiwi Bombers may have surrendered their chances, the Darwin Buffaloes tried to do the same, Nightcliff announced they are back in the race with fangs at the ready and Southern Districts effectively secured the minor premiership.

The Nightcliff Tigers’ form in recent weeks has seen three wins from their last five outings and they now sit just a game out of the top five and a realistic chance of stealing a finals berth. The team they would most likely dislodge would be their victims from last weekend, Darwin Buffaloes. The Tigers and Buffaloes fought out a tight first half before Nightcliff kicked seven goals to two in the second half to score a vital win, and inflict a damaging loss on the Buffaloes. For the Buffaloes to hold a finals berth, after just one win in their past six matches, they need to beat both Tiwi and Waratah in the next two rounds before meeting the powerhouse Crocs in the final round. It can be done but the Buffaloes cannot make a mistake from here on. Nightcliff, on the other hand, are playing with a devil-may-care attitude that is dangerous and they would love to sneak into finals action.


The Tiwi Bombers went down by just one point to Wanderers in a fantastic match. In wet conditions, the Tiwi Bombers led by 10 points at quarter time. Neither side kicked a goal in the second quarter as both sides fought their hearts out. Both sides kicked eight goals in the second half. Yet for all the evenness of the contest, the one point loss was incredibly costly for the Bombers as it now puts them two games out of the top five with just three rounds to go. Too far behind now to get there bar a miracle, especially given they play three likely finalists in the run home. Wanderers added yet another close call to their list of heart attack inducing performances but now hold third spot and are again a chance to defend their premiership title.

Once again the Waratah team stayed in a contest for most of the match when they pushed the Palmerston Magpies to 21 points by three-quarter time. By a seven goal to one final quarter by the Magpies proved that they can up the ante when needed and they ran away to a ten goal win, boosting valuable percentage along the way. The Magpies are now in fourth place on the ladder but face the Saints, Wanderers and the Bombers in a tight run home. Waratah will not like to end result of most matches, but their recent ability to stay with teams for longer periods is a good sign and something to build on for next season.

The match of the round was the top of the table clash between the Southern District Crocs and St Mary’s. Separated by a game going into the clash, this match was all about statements. Would Saints square the ladder and hold equal favouritism heading to the finals or would Crocs flex some muscle and set a gap between themselves and all comers? The answer came in the form of a 21 point Crocs victory that sees them two games clear on top of the ladder with three rounds to go. It matters little in many respects as finals are a different beast. But the bragging rights now sit with the Crocs. A tight first half saw the teams level at half time but the Crocs kicked five goals to one in the third quarter to effectively secure the match. Their accuracy in front of goal told also winning with just 19 scoring shots to the Saints 23.

Next week’s matches will see the Darwin Buffaloes take on the Tiwi Bombers in a match vital to both. Nightcliff tackles Waratah, St Mary’s will meet Palmerston and in perhaps the match of the round the Crocs meet the now in-form Wanderers.