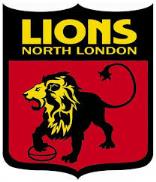 In one of the upsets of the season in many ways, the North London Lions ended the Grand Final dreams of the Wandsworth Demons and earned the right to challenge the West London Wildcats for the 2015 AFL London premiership.

Many believed that the Demons were a certainty with a more consistent season and having served up challenges to the Wildcats during the season. But the excellent recent form of the Lions saw them hold on in a thrilling Preliminary Final by a single goal.

On face value the West London Wildcats deserve premiership favouritism after an excellent home and away season with just one defeat. The down side on that ledger is that the defeat was to the hands on the North London Lions back in Round 10. On that day the Lions held sway over the Wildcats by 10 points. Earlier in the season the Wildcats won, but hardly convincingly, by 15 points.

As is the case with finals matches, clubs can earn favouritism but the result comes down to the deeds on the day. The Wildcats will need to call on their very best efforts to knock over the resurgent Lions and continue their reign of domination.

The AFL London Grand Finals are to be held at Sir Joseph Hood Memorial Fields, Marina Av, Motspur Park. After this weekend’s Preliminary Finals, the Grand Finals for next weekend will feature: