Free WatchAFL passes for Round 19 (Outside Australia only) 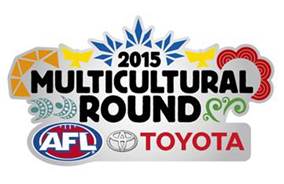 To help celebrate the 2015 AFL Multicultural Round, WatchAFL (the AFL’s official global streaming service) are offering all people outside of Australia with the opportunity to watch ALL Round 19 Matches for FREE (August 7-9) either Live or On Demand.

Multicultural Round FREE passes will be available at  http://watchafl.afl.com.au  from Wednesday 5th August.

As an added bonus, the On Demand versions will also  have games called in different languages!

This is a great opportunity to watch some great footy action - and introduce the game to the world!