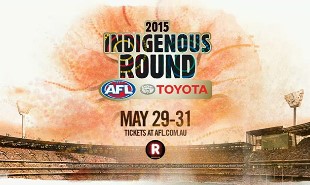 The celebration by Adam Goodes in yesterday’s match between the Sydney Swans and Carlton was theatre on a grand scale which epitomised the pride attached to the AFL Indigenous Round this weekend. In a round designed to recognise and celebrate the riches given to the game of Australian Rules football by indigenous footballers, these acts will be remembered as iconic moments.

The AFL promotes the weekend’s round of football at all levels nationally by stating:

From a deep connection with the land comes a proud history of runners, jumpers, hunters, collectors, dancers, artists and leaders. These skills echo the incredible contribution that Indigenous footballers have made to the game.

The 2015 Toyota AFL Indigenous Round is an opportunity to celebrate the role these athletes have had in shaping Australian Rules football. Not just making the game spectacular, but bringing two cultures together.

The round is perhaps better remembered for the Michael Long inspired “The Long Walk” – a walk in the name of unity and reconciliation for indigenous people. In 2004 the former great Essendon player returned home to Melbourne from a funeral with the idea to meet with then Prime Minister John Howard to get the needs and rights of aboriginal and Torres Strait Islander people back on a national agenda and help to improve the plight of Indigenous Australians. He walked from Melbourne to Canberra.

That walk is now honoured in many ways today, one being tonight’s march which is now done annually as the precursor to the “Dreamtime At The G” match at the MCG between Richmond and Essendon.

Whilst the attention, and a great deal of the publicity of messages for reconciliation, understanding and unity, is firmly on the events in Melbourne tonight, this round is also a call to action of sorts nationally to embrace all players, families, supporters across the nation. Matches and events to link in with the passion and the themes of the round will be played and held across the land.

Here in North Queensland events will be played out to encourage the involvement of players at senior and junior levels. Cairns will see the fourth annual “Dreamtime By The Sea” match between the Cairns City Lions and North Cairns Tigers – both clubs with strong indigenous playing lists historically and today. Further south in Townsville the local match between the Indigenous All-Stars and Townsville All-Stars teams is the centrepiece to that city’s recognition of the Indigenous Round.

Events will be held far and wide this weekend, in every state and territory, and will have most likely been publicised heavily far and wide to attract maximum support for the football itself, but also the themes and messages to be taken from the day which brings cultures together.

In my own role as an AFL Multicultural Community Ambassador I was able to address the players from junior and senior teams at venues across Cairns to ensure that young people understand the meaning of reconciliation and unity – and also reinforcing that to senior players. Watching players be proud of the indigenous heritage through their actions on the field, and the pride of non-indigenous players to stand proudly beside them, encapsulated so many of the positive messages intended through the Indigenous Round concept – men, women and children alike.

For more information about Michael Long and his remarkable work in pursuit of reconciliation, unity, recognition and friendship, visit The Long Walk website at: http://www.thelongwalk.com.au/Home

For more information about the AFL’s involvement and the range of events connected to the round you can visit the www.afl.com website and go to: http://www.afl.com.au/indigenousround

For information on local events within leagues or clubs, contact your local clubs, leagues or local AFL offices to find out how you can be involved in this wonderful event – the 2015 Indigenous Round. 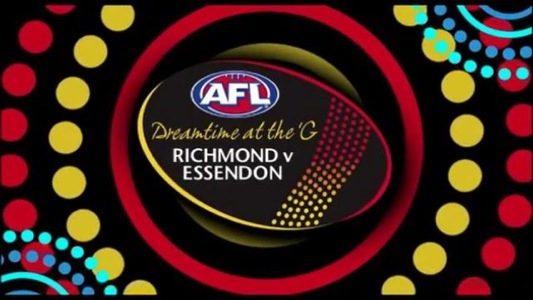