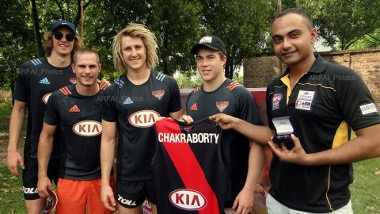 The Footy players from Bengal had not yet gotten over the festive spirit when they were served up another delightful treat. They got some true Aussie Footy flavour as 4 of the finest Footy players from Essendon Football Club of the AFL came down to have a joint training session with the players at Bongaon, West Bengal. The training was a part of the club’s ‘Embracing India’ initiative and true to its name, Joe Daniher, Dyson Heppell, Zach Merrett and David Zaharakis embraced the occasion in style.

Around 200 enthusiastic players from Bongaon, Kolkata, Howrah and Khardah turned up for the chance of a lifetime. Some had made a 10hr long round-trip to attend the training and their efforts did not go in vain. A few players had even made the trip from Ranchi, Jharkhand to grab this opportunity. The players were put through their paces Aussie style, and their skills with the Footy impressed even the professionals. “I was really surprised how many young boys and girls turned out for the AFL India super clinic," Daniher said."They had some pretty impressive skills. Zacka and I took them through a few drills and they didn't miss a beat, we might have even met the next Dyson Heppell or Jobe Watson today."

For the Australian Rules Football Association of India (ARFAI), it was one the biggest moments in their short history and their gratefulness towards the Bombers was unmistakable. "The Essendon Football Club players in India coming to coach us, is the biggest achievement. It is the first time that an AFL club has reached out to help with on ground activities!" Secretary General of ARFAI Sudip Chakraborty said. "Essendon took the first step in coming over and helping us out here, all the boys and girls have never had training from a proper coach, this is a magnificent experience and hopefully we can do this every year. This is like Sachin Tendulkar coming to another country to teach people how to play cricket, to have these players here training us is out of this world."

As a part of their tour, the Essendon players visited the Mecca of Indian cricket – Eden Gardens, where they introduced the sport to the Chief Curator. They also had a small kick-about with the locals at the Victoria Memorial lawn. The players then headed on to New Delhi where they did local sightseeing and more importantly, attended the screening of ‘Aussie Rules the World’, a movie on the worldwide impact of Footy, at the Australian High Commission. The players also engaged in a youth development session with Catholic School in Delhi. Taking the opportunity to experience the vibrancy on offer, they made a trip to Ranthambore for a safari and Agra to witness some architectural marvels of the Mughal era. All through their trip they connected with the community, visiting SOS Child Village, Faridabad and even managing to play some cricket with locals at Delhi.

The ‘Embracing India’ initiative, a brainchild of Cameron Britt, Head of Community at Essendon FC, has helped in building new ties between the Australian Footy community and their Indian counterparts. One hopes Sudip’s vision of having such visits every year materializes and more AFL teams look to India for Footy ties. For ARFAI and the hundreds of Footy players in India, it’s onwards and upwards from here for sure. 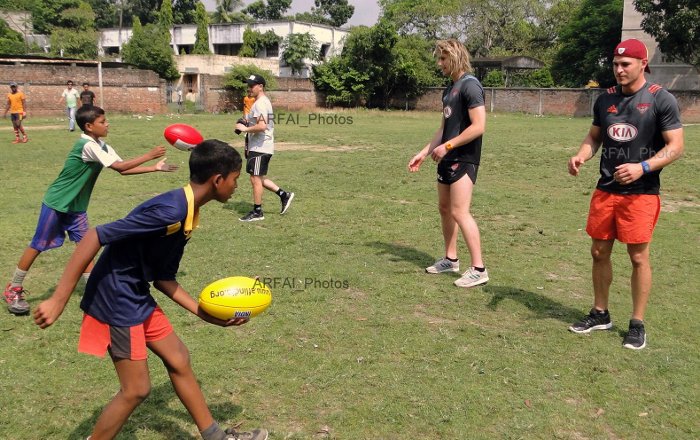 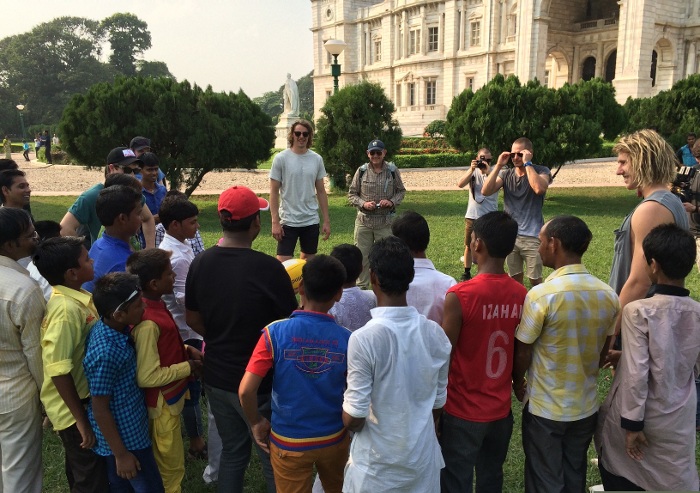 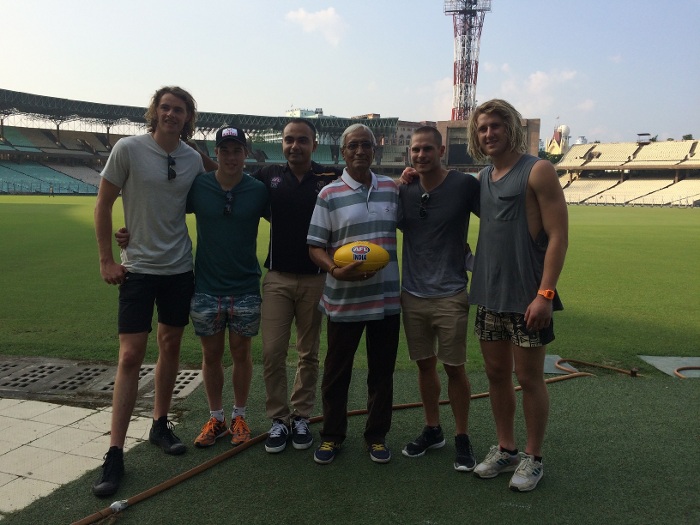