Fine, cool, no wind with the sun shining equates to perfect conditions for players and spectators alike.  The teams aren’t  playing for finals but to improve their positions which is taken very seriously.

#23 Chris Martensson thumps the Elks into attack for #70 Jacob Nilsson to take mark but the kick drops short for a good Dragon’s defensive mark.  The Elks have the better of play and #14 Max Skarlen roving the ball that clears the pack runs in for an easy goal.

The Dragons are looking for their team mates better but  #23 Chris Martensson marks and passes to #56 Dan Koinberg to kick a 20m goal.

Against the tide the Dragons move the quickly into space and scramble a goal giving them a lot of hope.  The siren goes as the Dragons were pushing for another.

The Elks had control of the centre bounces in the first quarter and in the second they played smarter using that advantage much better as well as defending better.

The Elks have an early break when a Dragon Mark is changed to their free kick for an easy goal. #23 Chris Martensson gathered the ball, turned blind and kicked a good goal.

The Dragons peg one back with a good snap on the angle from #25 Jianxiang Qiu. This lifts the Dragons again and they push the ball well within the 50m arc only to over cook a small kick  pass which allows the Elks to run the ball all around the boundary for a good running goal.

The Dragons are giving away free kicks as they try to nullify the Elks height advantage but they are playing smarter at ground level and using short passes to advantage.  The Elks continued with #23 Chris Martensson  and #14 Max Skarlen  and #56 Dan Koinberg dominating. #6 Jiaming Pi skipper and coach inspired his players. He received a pass ran around the player on the mark and drilled the kick for a goal from 40m. They were keeping in touch with defensive efforts from #7 Shaoliang Chen but the Elks always looked to have the answers, rebounding with long kicks.  When #1 Andreas Svensson kicked from the boundary at the 50m arc it relieved any pressure against the Elks.

The solid win was enough to keep Sweden just ahead of Japan to take our top spot in Division 2. 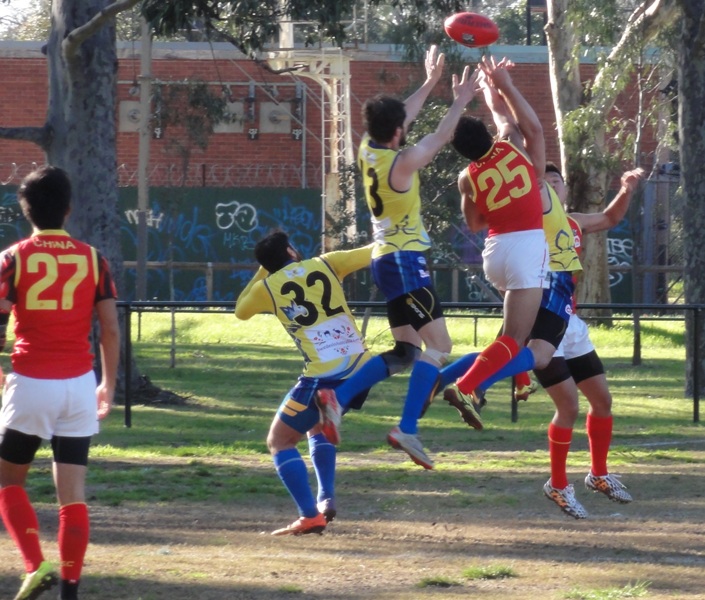 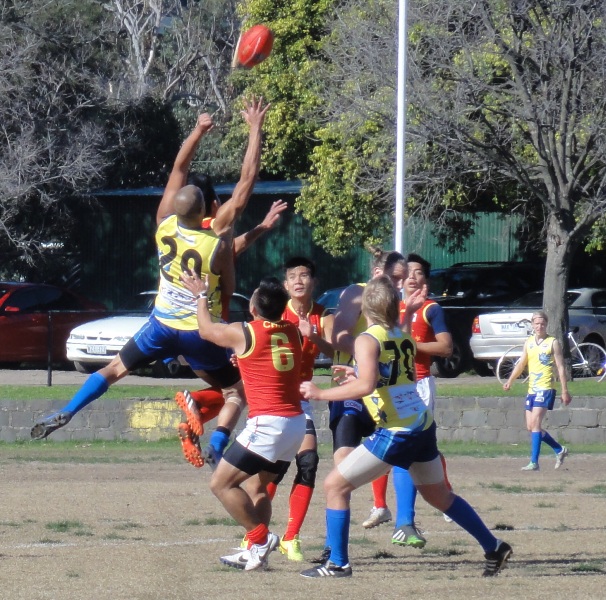