Canada started the day with their ruck supremecy pushing the ball into attack and that was the pattern for the whole day apart from some centre square infringements. The Lights use teamwork  as an integral part of their play. It’s impossible to note all the instances of good play but only to mention a few highlights because in the first quarter the Storm were completely surprised by the  Northern Lights use of the ball. #10 Aimee Legault was just starting to warm up on the wing  giving options and a lot of drive.

The Storm were stunned as she marked and immediately played on , sometimes fending off, always looking to run and deliver to a lead or have a shot. This immediate play on style is what the coached had asked for. #8 Sylvie De Brabandere presented options marking uncontested in the square to kick a goal and thenkick  another from a free kick. #33 Kendra Heil trapped a kick-in and added to the score. #11 Kirsten Bodashefsky took a good mark 35m out, ran around her opponent and slotted the ball through for another major, typical of the style of play that the Northern Lights were aiming for. It was total domination by the Northern Lights, only slowed down when the ball was trapped in scrimmages.

Second quarter and #11 Kirsten Bodashefsky repeats her first quarter effort playing on and kicking a goal from an angle.. #33 Kendra Heil was roving well kicking a 30m goal and linking well to create scoring opportunities like that for #18 Laura White to crumb a goal who posted a good goal from play on football. #10 Aimee Legault was everwhere, taking a flying mark on the wing and kicking a goal from a free kick in the square.

At all breaks the Canadian coaches emphasized the need to keep the forward line open as this was the only the Storm could slow the Northern Lights down and in the third quarter this congestion forced the Northern Lights wide and made it difficult for the likes of #8 Sylvie De Brabandere to use her skills. #33 Kendra Heil kicked three in this quarter.

#7 Otolose Tenifa took some good defensive marks for the Storm to slow the onslaught and the Storm mounted an attack to scramble a goal that received a rousing reception. The Storm then mounted another attack only to allow the best passage of play for the game whereby the Northern Lights took the ball the length of the field by hand and foot to have #10 Aimee Legault gather outside the 50m arc, run, bounce and kick truly.

The Northern Lights started the quarter determined to open the game up as their coached had demanded and play some good football. Not too far into the quarter a head count called by the Canadians resulted in one Tongan player being removed from the field but it also seemed to cause the Northern Lights to lose focus. The congestion of the third quarter returned and the Storm were able to scramble another goal.

It’s up to the officials whether the Tongan score remains at 2 goals or reduced to the one late goal.

So this result means that the 2014 Women’s International Cup Grand Final will be contested by Ireland and Canada Northern Lights. The two powerhouses will meet at Punt Road Oval on Saturday at 2.10pm.

The play-off between 3v4 and 5v6 will be decided on Frdiay at Royal Park, Parkville. All remaining matches will be live streamed live on the AFLIC14 website. 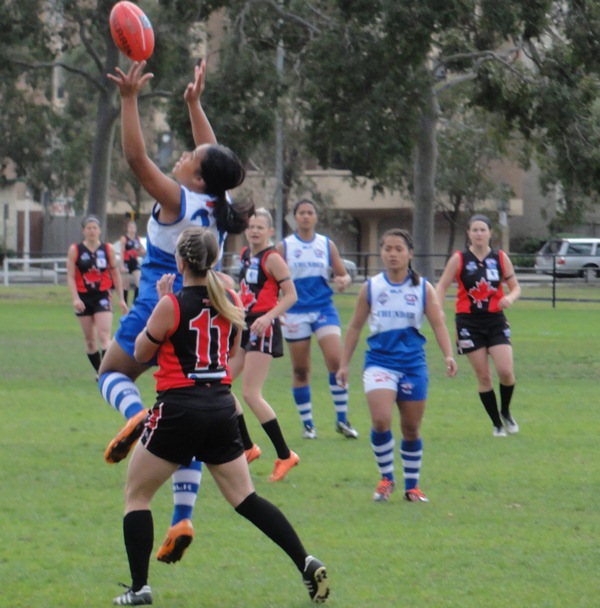 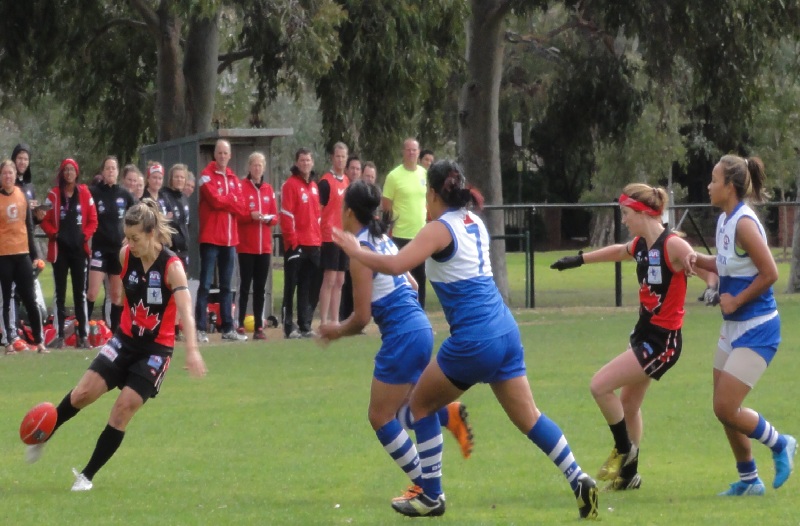 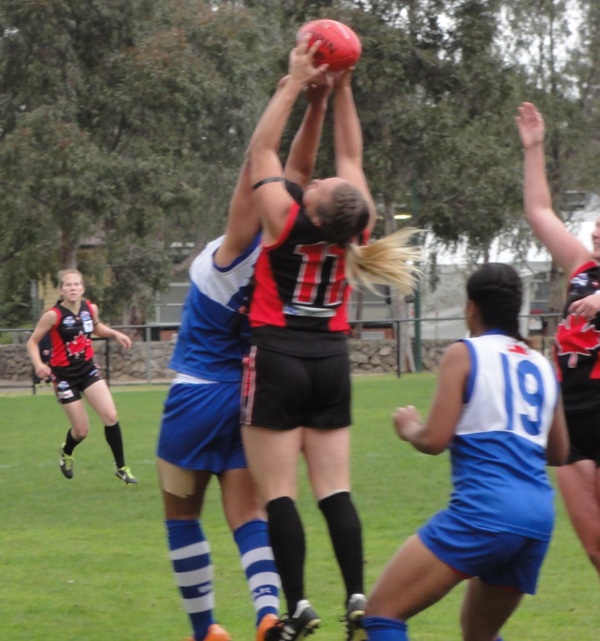