Hawks swoop down on hapless Elks 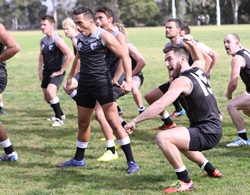 The 2nd game up on Western Oval would see one of the tournament heavy weights in New Zealand take on the Swedish Elks who would seek to fly the flag for Scandinavian footy. In the warm ups it could be seen that the Swedes weren’t quite clean enough in the blustery conditions and this played out as the game wore on. The Hawks coming off a solid warm up game on Wednesday night in the wet at Elsternwick Park over Ormond Amateurs were well prepared should the weather turn, but the game was largely played in sunny but very chilly conditions.

The NZ Hawks were hot early slamming on 3 early goals through a mark to Leat (#1); a classy right foot snap by Christensen (#9) and an opportunist soccer tap in by ‘TK’ Tipene-Thomas (#7). The 4th came via Toomer (#21) and immediately following was the story of the day as the Hawks sharked the centre ruck and cleared in an instant and delivered long inside 50 for a chest mark and goal to Brendan Clark (26) to make it 5 unanswered goals for the term. At the other end alas Erik Vig was relegated to a distant observer.

Too often even the Swedish kick ins after behinds were poorly executed resulting in turnovers. New Zealand – with Paul Hudson assisting on the sidelines (part of the interest of St Kilda FC in New Zealand footy) – were impressive from the outset with a well-balanced line up. Midfield dominance was established early and the Swedes were doing their best just to get their hands on the ball. As the first quarter progressed the Swedes got warmed up for the contest and were able to exert more defensive pressure and managed to thwart the kiwis on occasion however the ability to rebound with any penetration just wasn’t there.

During the second quarter key forward Mundell (#17) was providing a strong marking target up forward and snared a couple of goals for the term while Christensen (#9) was a constant danger through mids or nearer to goal and By half time the scoreboard was unflattering for the Elks who were yet to score while conceding 11 to the Hawks; and by the end it was largely forgettable. Svensson continues to fight hard and still looks a class act when sharing the ball – hard not to envisage Melbourne’s Nathan Jones. Navarro (#32) worked hard supported by Nilsson (#70) but the Hawks pressure never let up.

The second half was pretty well a procession – not that the Swedes gave up trying but today they were completely outclassed. Big ruckman Dan Koinberg (#56) rucked strongly and certainly didn’t lower his colours – however the Hawks mids were able to rove effectively to either ruckman and consistently drove the Hawks forward from the restarts. For the Kiwis Christensen (#9) was in a league of his own – clean and crisp and finishing with a bag of 4 majors he was able to impact the scoreboard in each quarter. Mundell (#17) added a third to his tally in the final term while Van Wijk (#4) finished strongly with 2 goals to cap off a fine midfield effort.

Tim Stevens from the Hawks indicated that they were happy with the game having set out to control what they could control. They'd made some adjustments through the 2nd qtr that worked well and were pleased with how the side stuck to the game plan. And as an observer the structure and discipline of the Hawks was evident - it was in part a clinical display. 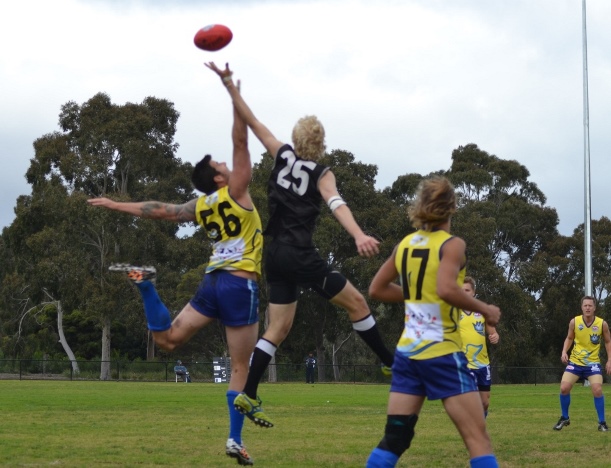 Koinberg and Smith provide a solid performance of Swan Lake 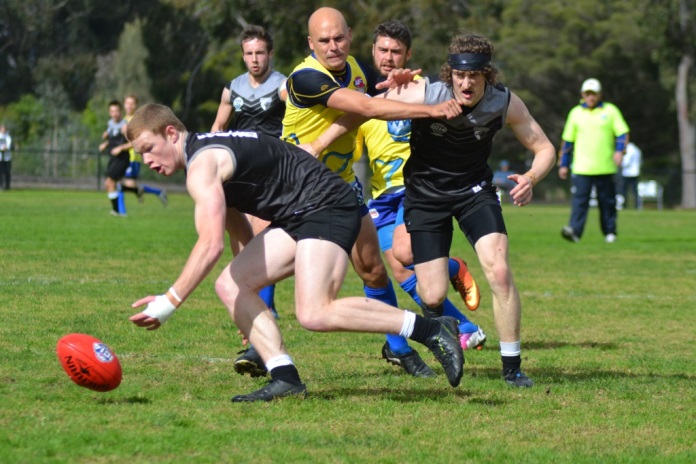 Svensson to get to Miller 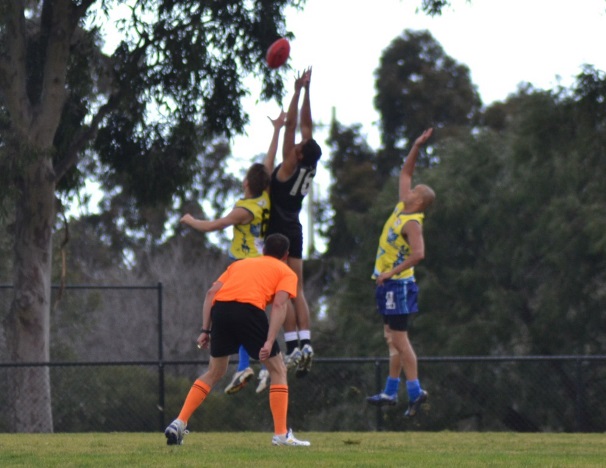 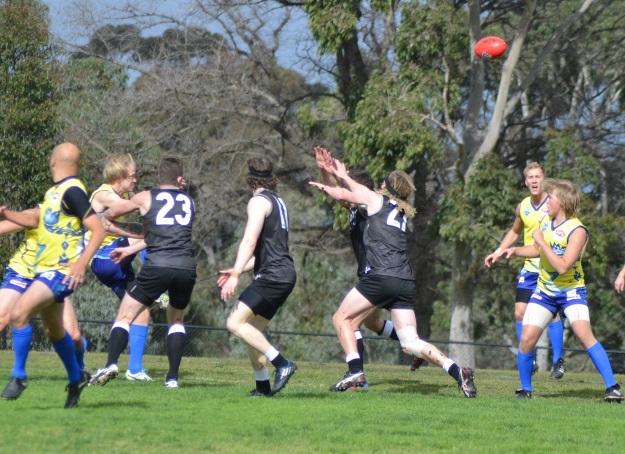 Typically pressure kicks for the Elks 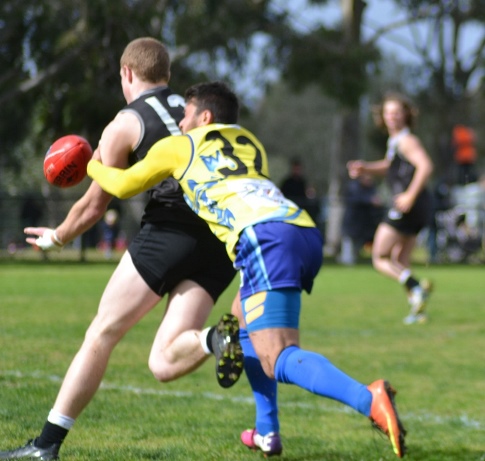 Martensson provided a rare highlight for the Elks 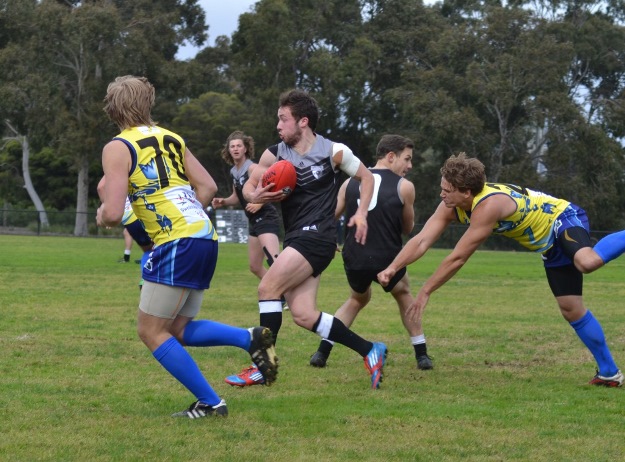 Ball tucked under the arm