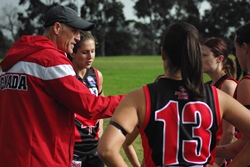 If it's not the biggest clash in international women's footy it is the most regularly played. The Northwind and Freedom teams have been playing each other since 2010 with the Canadians holding an advantage in the Win-Loss record.

On the wide open space of the Western Oval these two teams made it look like it was played on a grid iron field. There were no easy possessions for anyone through the game as every stat was earnt and many disposals were smothered or sent sideways as a tackle was applied. The windy conditions, often across the ground but mostly favouring the eastern end of the ground made marking and kicking into that breeze hard work.  Amongst the congestion it was Canada’s moments of football clarity and ability to find space that won out though.

Northern Lights captain Aimee Legualt won the toss and elected to kick to the Princes Park end.  In the first quarter the Canadians had the ball at their end for the majority of the quarter but it looked like we could have a contest on our hands as Jen Nicholl’s opening goal for Canada was quickly replied to by the US through Courtney Sherman. Kendra Heil added a second to give the Northern Lights a slight lead at quarter time.

In the second quarter the Candians edged away perhaps finding that they needed to be roving to the ruckwork of American Haillie Lee who won most taps.  Blatnick and Shelton did their best to turn things the way of the USA, but Perry and Arnold both added goals to give Canada a very hand 25 point lead in a match that was already an arm wrestle.  Bodaschesky's long kicking, as well as Dickinson and Willis' continual forcing themselves into and out of packs stood out for the Candians.
Half Time: Canada Northern Lights 4.8 (32) to USA Freedom 1.1 (7)
If clear possession was difficult so far it was about to become tougher as the third quarter delivered the rain that was promised for the late afternoon.  Lee again dominated the ruck for the USA and was taking marks around the ground.  Teufal, Hemenway, Johnson and Stein all had a hand in keeping the Canadians to just one goal for the quarter despite the continual pressure applied by Aimee Legault, Comolli, Annicchiario, Willis and De Brabandere.  That came about when Candace Kwan kicked truly after looking dangerous all match.
Three Quarter Time: Canada Northern Lights 5.10 (40) to USA Freedom 1.1 (7)
As quickly as the rain came it went and as the final quarter got underway in bright sunshine with a rainbow that appeared to arch from McAllister Oval to the Western Oval.  Kastanek went into the ruck for the USA and continued their dominance at the ball ups.  But it was Canada who dominated the game.  The conditions were still greasy so getting the ball free into space was difficult but the Candians managed to do it often enough to add another three goals.  Ginnocchio goaled twice and Margot Legualt added another to see the Northern Lights home by 54 points.
Had the Candians been a bit straighter in front of goal (there were a number of shots out on the full also) they may have had a much bigger win, we can probably put some of that down to the conditions.  On today's effort they look a certainty to be there at the final on August 23rd and the Irish would be looking over their shoulder as their main challenger has improved considerably since IC11.
Final Score: Canada Northern Lights 8.13 (61) def USA Freedom 1.1 (7). 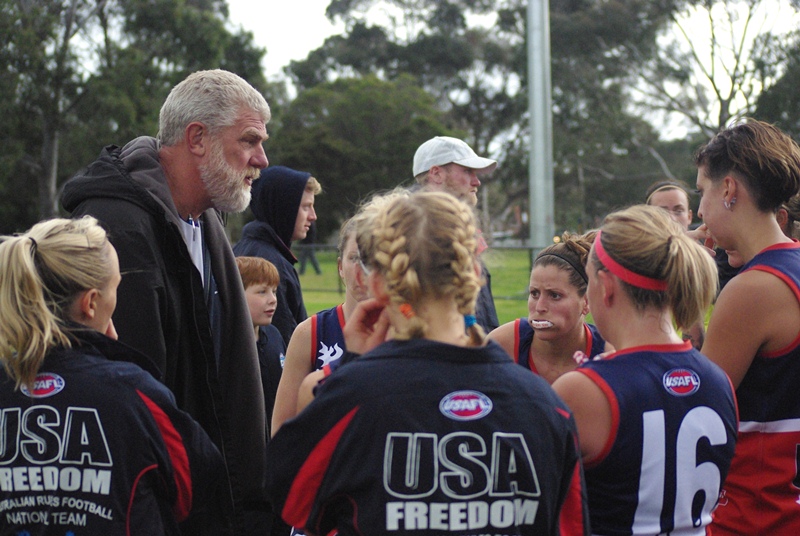 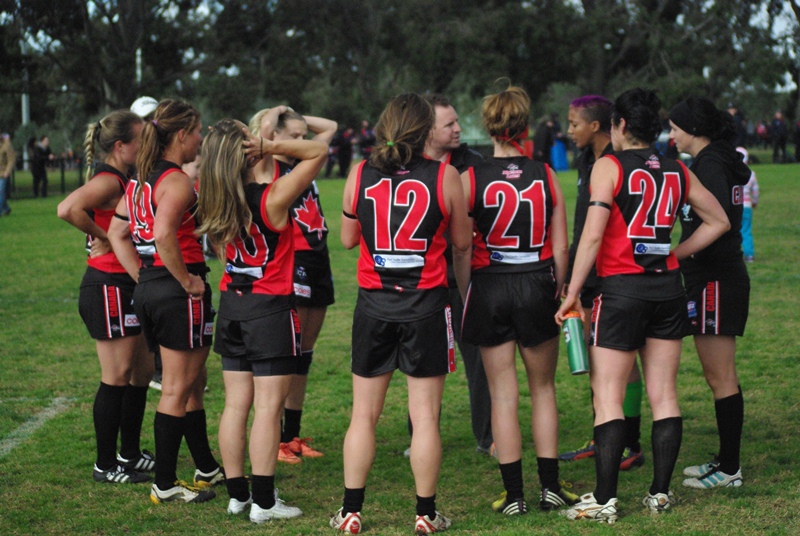